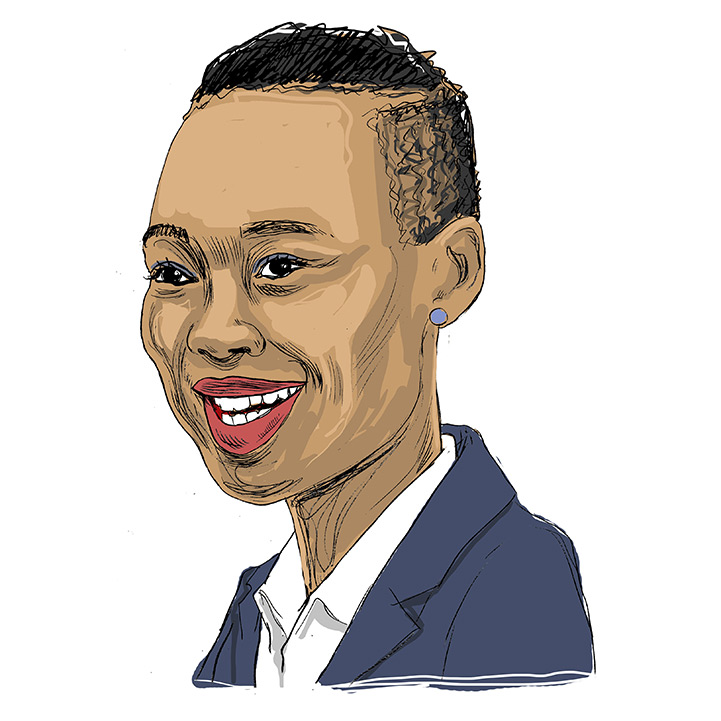 Ndabeni-Abrahams is one of the youngest members of Cyril Ramaphosa’s Cabinet. With her tender age of 41 comes the exuberance many of her colleagues lack.

Her appointment was warmly welcomed by players in the telecoms and information and communications technology sector, and a position that Ndabeni-Abrahams has taken on with gusto.

Under her portfolio falls the 2019 buzzword “fourth industrial revolution” (4IR).

The minister has surely been dressing the part in her 4IR suits, but she may not be communicating the message to some of her colleagues in government about the constantly changing digital global economy. Deputy President David Mabuza stuttered his way through a parliamentary question about the 4IR. And if her colleagues can’t explain what the 4IR is, it means many, if not most South Africans don’t know the difference between blockchain and lego blocks.

During her own parliamentary question time, Ndabeni-Abrahams has answered knowledgeably and succinctly on the role that digital skills development can help to grow the economy and boost job creation as part of Ramaphosa’s financial turnaround plan.

The president put the minister in charge of the Presidential 4IR Commission, which advises the government on policies and strategies that will make South Africa a player in the digital and artificial intelligence-driven economy.

At the South African Broadcasting Corporation, Ndabeni-Abrahams has ensured some stability, though she has been accused by some of still wielding too much political influence.

The public broadcaster received a R3.2-billion bailout from the government. This shot in the arm helped the SABC to avoid the retrenchment of staff, for now.

In February she was accused of censoring a SABC TV crew from filming at an ANC rally in the Eastern Cape. She later apologised.

“I would like to offer my sincere apology for an earlier altercation with some members of the media during the ANC provincial rally in Mount Frere, while trying to stop the singing comrades,” she said. “I wish to assure the media and South Africans at large of my unreserved commitment to media freedom. I sincerely regret the incident.”

Ndabeni-Abrahams has been lauded by many in the public domain for her support of the #DataMustFall movement to bring down the cost of mobile internet data.

But some opposition parties and telecomms industry representatives said the minister was treading dangerously close to the realm of putting undue political influence on the communications regulator, the Independent Communications Authority of South Africa.

In early December the Competition Commission ordered MTN and Vodacom to slash their data costs by up to 50%, a move that will put them under financial pressure.

Ndabeni-Abrahams attended the announcement and endorsed the commission’s finding.

All in all the minister gets an A for effort — but a D for actual delivery.