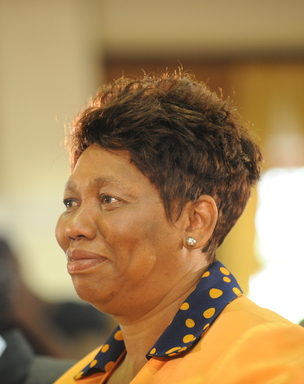 Easily the most interesting thing about Angie Motshekga this year was Helen Zille. The Democratic Alliance leader made it her curious task to argue, in three tortuous SA Today epistles, the unusual case that Motshekga has been the best post-1994 education minister. Fortunately, civil society was among those underwhelmed by this argument. As easily the worst post-apartheid education minister continued dawdling her lacklustre way through five years of non-leadership, rights organisations such as Section27, the Centre for Child Law, the Legal Resources Centre and Equal Education this year again kept their energies firmly focused on basic education rights.From textbooks and school infrastructure to teacher salaries and post-provisioning, they have sometimes resorted, finally, to litigation. They have needed to do so because, after the excruciatingly public and embarrassingly lengthy Limpopo textbook debacle of 2012, Motshekga appeared to think doing nothing in 2013 was the safer option.This didn`t quite work. Under pressure from court action initiated by Equal Education, she produced at last a workably substantial draft of minimum norms and standards for school infrastructure. And under extreme pressure from the South African Democratic Teachers` Union, as well as a direct request from the president, she finally gave the go-ahead for director general Bobby Soobrayan to face a disciplinary inquiry into his role in awarding schoolbook tenders, among other things.Motshekga might be the only South African who still maintains, with a straight face, that there is no “education crisis”. For evidence, she generally points to the ever-rising matric pass rate during her tenure. Among the counterevidence this ignores are the abysmal results of the annual national assessments of literacy and numeracy (ironically, introducing these is one of the few genuine achievements of her ministry).When Motshekga became minister in 2009, she set a 75% matric pass rate as her target, one she looks likely to hit this year. But if she genuinely believes the pass rate says anything meaningful about schooling quality, then her ministry will have left her as ignorant as the unfortunate schoolchildren she has signally failed for five years.