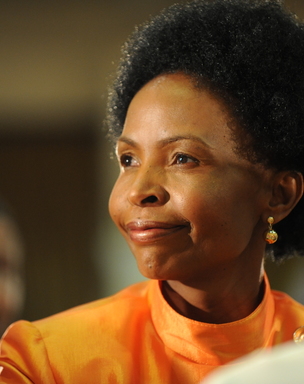 Maite Nkoana-Mashabane concludes her five-year term having improved President Jacob Zuma’s and South Africa’s international profile. Since 2009 the country has been building on its achievements and has stepped up its interactions with the rest of the continent and the world.

Nkoana-Mashabane and Zuma successfully brought leaders of the International Conference of the Great Lakes Region together at a joint summit with the Southern African Development Community (SADC) to discuss problems facing conflict-ridden countries. Nkoana-Mashabane was also seen as key in securing the election of Nkosazana Dlamini-Zuma as chairperson of the African Union Commission.

As SADC mediator, South Africa completed former president Thabo Mbeki’s work in Zimbabwe in overseeing the implementation of the global political agreement, the drafting of a Constitution and the running of elections after a tense period.

In addition, South Africa’s inclusion in the Brics (Brazil, Russia, India, China and South Africa) grouping and increased role among the G20 and G8 nations has seen it take its place on the international stage. While South Africa serves on the United Nations Human Rights Council, it has led the battle for transformation of the UN Security Council. South Africa is calling for two permanent seats and two nonpermanent seats to be set aside for African countries.

As its role on the continent grows, South Africa has begun to acknowledge that sometimes force is necessary in the attainment of peace. The Democratic Republic of Congo was a case in point, in which military intervention became a necessity and the victory over M23 rebels boosted South Africa’s image.

Although South Africa is said to be unhappy with the International Criminal Court’s lack of consistency, it successfully lobbied continental partners to abandon plans to withdraw from the body.

United Democratic Movement leader Bantu Holomisa, a member of Parliament’s international relations portfolio committee, said the department has had as many successes as it has had failures. He said Nkoana-Mashabane has done “fairly well” but failed to show leadership on the conflict in Libya and the Central African Republic, where Seleka rebels killed 13 South African soldiers.

One of this year’s biggest scandals was when Deputy President Kgalema Motlanthe visited China to receive an honorary degree from a Beijing university, only to find that Pretoria had ordered the event to be cancelled. The international relations department admitted it had asked the Chinese university for a postponement.

Though the department’s administration is sound, noncompliance with supply-chain management laws and ineffective systems of internal control need attention. This year it acted against its director general, who was implicated in financial mismanagement and corruption.