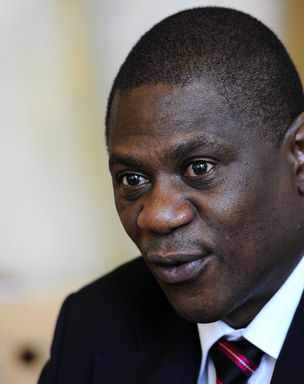 Paul Mashatile has spent the past five years looking over his shoulder, worried that he could be next each time a reshuffle was announced. As the leader of the province that tried unsuccessfully to oust Jacob Zuma as ANC president (Gauteng) he was lucky to survive and serve a full term.

But then there was his portfolio. Unlike his predecessors, Mashatile has been accessible to a cross-section of arts practitioners ranging from community-based organisations to larger cultural organisations with international linkages.

By appointing a credible panel to review tenders for the 2013 Venice Biennale art exhibition and by drawing on the organisational skills and expertise of the National Arts Festival he succeeded in shifting the focus from the dark clouds that still hang over South Africa`s participation in the 2011 event.

Mashatile has played an encouraging role in fostering international collaborations, particularly with the South African art season in France and at the Edinburgh festival.

Despite this, he has still a long way to go in developing a transparent touring fund for the arts.

His Mzansi Golden Economy strategy to reposition the cultural industries in South Africa came in with a bang but he failed to carry the momentum to turn the proposals into policy. In fact, the reviews of the flawed white paper on arts and culture came as a damp squib following the excitement generated by the proposals.

A damning matter that he has failed to address this year is the state of the Windybrow Theatre and the Performing Arts Centre of the Free State theatres, which are plagued by mismanagement and dysfunctionality and are governed by the Cultural Institutions Act, over which his department has oversight.

Overall, Mashatile`s focus on the increasingly growing relationship between arts and the economy and also on arts and internationalisation puts him in a league where more artists and arts organisations feel confident that South Africa finally has a minister who is more practical rather than ideologically rooted.