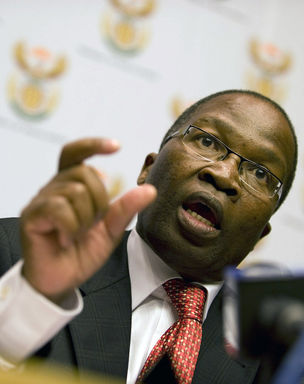 It is not every day that the Democratic Alliance (DA) thinks an ANC minister knows what he is doing. Therefore, it was not surprising that Sbu Ndebele almost fell off his chair in Parliament towards the end of the year when DA MP James Selfe showered him with praise.

But the opposition hasn`t always thought so highly of him. He is a former premier of KwaZulu-Natal and former transport minister. He had a controversial start to his career in the ANC national executive in 2009 when, because of a national outcry about a possible conflict of interests, he was forced to return the gift of a R1.1‑million Mercedes-Benz vehicle and two head of cattle given to him by a group of contractors doing business with his department.

Many believed that Ndebele`s poor handling of the e-toll debate led to his being moved from transport, but his successors haven`t done any better in convincing the people of Gauteng to accept the system.

Ndebele has good intentions for his department, especially the focus on improving access to education for prisoners and prioritising rehabilitation. In April 2013, it became compulsory for inmates without a qualification equivalent to grade nine to complete levels one to four of adult basic education and training.

But the auditor general is not one of those impressed by the department`s performance. He gave it a qualified audit for the 2012-2013 financial year, decrying the underspending of its budget. The department`s latest annual report reveals that hundreds of millions of rands meant for filling vacant posts had not been spent.

Ndebele won plaudits for taking action over the way in which the private security company G4S was running the Mangaung prison. First he placed his department in control of the prison early in October after a violent prison strike and, later the same month, he announced that claims of torture and the administering of antipsychotic drugs to inmates, as exposed by the Mail & Guardian, would be investigated.