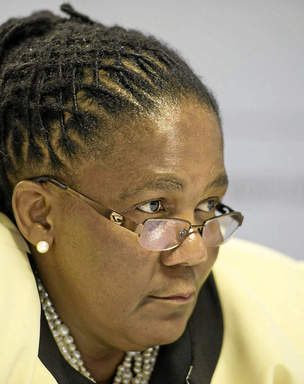 The journey to improve South Africa’s transport network is a long one, and with each Cabinet reshuffle it looks ever more like a relay race. Dipuo Peters now holds the baton.

Chopping and changing has seen the department slip into a leaderless limbo and the impact is evident in areas such as fatalities on the roads, which remain shockingly high at about 14 000 a year.

This year, the department has restructured institutional arrangements, which were initiated under Sbu Ndebele, now Correctional Services Minister, in 2010, doing away with a single branch presiding over the four modes of transport (road, rail, maritime and aviation) that hampered efficiencies on each front.

The move from road to rail continues with Prasa`s R51-billion rolling stock deal and plans to open railway links such as the one to King Shaka International Airport in Durban.

The auditor general gave the department an unqualified audit, but noted that leadership had been ineffective, especially in correcting findings of the previous year, and management has been slow in filling key vacancies.

Having only been in position since July this year, the minister won`t be receiving any pats on the back for the long-dreaded implementation of the controversial e-tolling system on Gauteng`s highways this month. But she is credited with shifting the focus to maritime transport.

Peters reinstated the Road Traffic Management Corporation soon after facing a shutdown under her predecessor Ben Martins`s leadership because it had failed to perform in the past 10 years.

Peters is more likely to be spotted at President Jacob Zuma`s side than in the passageways of the ministry. She continues to be criticised for keeping too low a profile in Parliament. Her Twitter savvy compensates for this to a degree and she has so far proved to be one of the most accessible ministers in Cabinet.