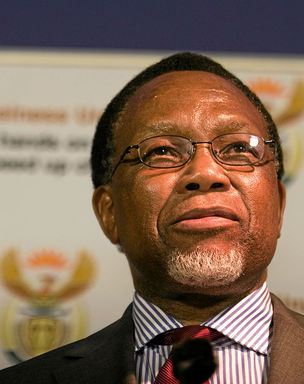 The abiding memory of Kgalema Motlanthe in the past five years is of a man who sat uncomfortably under a president whose leadership qualities he did not respect. The surprise is that this arrangement between the two men lasted for five years, even after Motlanthe unsuccessfully tried to challenge Jacob Zuma for the ANC`s leadership post at the end of last year.

Motlanthe has been content to remain under the radar, stay “principled” and carry on with his assigned work. He was a disappointment to many of Zuma`s critics within the party, who thought he would challenge corruption, the waste of public funds and general poor leadership, but he opted not to rock the boat.

This did not necessarily mean he did not do any government work. The immediate task that he executed with aplomb after he took office was to provide leadership for the government`s new HIV and Aids strategy. Working with Health Minister Aaron Motsoaledi, he steered the government`s broadening of treatment for people living with HIV and the testing of millions of people. The programme targeted the treatment of tuberculosis as one of the major opportunistic infections compounding the impact of HIV and Aids.

As leader of government business in Parliament, he committed himself to getting ministers to respond to questions more effectively and in time. There was some improvement for a while, but overall, members of the opposition still believe that ministers do not apply themselves when answering questions.

Along the way, he was assigned ad hoc programmes such the World Cup in 2010, e-tolls and now the stabilisation of the mining sector.

E-tolls are much hated by South Africans. But Motlanthe saved this programme for the government with his intervention when the department of transport, the South African National Roads Agency (Sanral) and the treasury were at odds two years ago. When opponents had successfully interdicted e-tolls, Sanral chief executive Nazir Alli resigned after falling out with transport department officials, and the treasury was worried about the accumulating debts and financial commitments on the new highways. Motlanthe led an interdepartmental intervention, ultimately leading to the implementation of e-tolls late this year.

His current responsibility is to restore stability to the mining sector by creating a framework agreement for all parties to sign. Work has started and he has travelled overseas to assure investors that mining in this country is still viable, but he struck a sour note when the Association of Mineworkers and Construction Union refused to sign the agreement.

Although Motlanthe can be trusted to knuckle down, many of his supporters believe that he could and should have done more to highlight and tackle the rot in this administration.