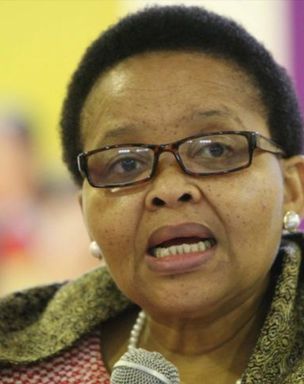 Perhaps the biggest triumph for Lulu Xingwana has been her outright rejection of the controversial Traditional Courts Bill. This has earned her praise from most organisations for women`s rights because this piece of legislation would have rolled back the gains rural women have made in this country.

The department has been able to develop the Women Empowerment and Gender Equality Bill, which will go a long way towards ensuring gender parity. The Bill will enable the department to monitor, review and oversee the integration of gender equality principles into government and private programmes.

The department says it has reduced its irregular expenditure by 83% and had no unauthorised expenditure. Its audit outcome has improved by 40%. But still, disproportionate amounts were spent on entertainment, car purchases and other noncore expenses.

The Teddy Bear Clinic, an organisation that works with children, says the department needs to be more consultative with nongovernmental organisations. The organisation`s acting director, Shaheda Omar, says since most NGOs were doing some government jobs and dealing with communities more directly, the ministry should consult with them more regularly. The department has a large number of vacancies and a lack of skills despite exorbitant pay for staffers.

Xingwana has tried hard with a limited budget and a confused mandate, but overall was unable to show initiative and leadership. It is a miracle that she survived all the reshuffles. It is time for her to retire with dignity.