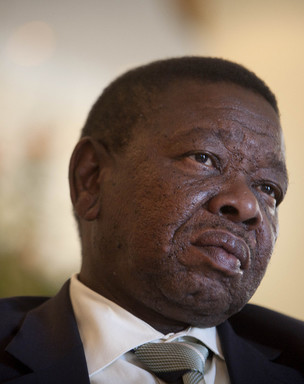 With the end of Blade Nzimande’s five-year tenure in sight, there is a double perversity about what his major legacy now looks certain to be: the grossest assault on university autonomy and academic freedom since apartheid.

The first perversity is that Nzimande took office in 2009 with nobler aims entirely. They included direly needed repair jobs on the National Student Financial Aid Scheme (NSFAS), the corrupt and inefficient Setas he took over from the labour ministry and the further education and training (FET) colleges.

The second is that his comprehensive January 2012 green paper correctly referred to universities as the strongest features in the country’s bleak education landscape. Why then, last year’s report card on Nzimande asked, tamper as crassly with them as the then Higher Education Amendment Bill proposed?
Since that report, the Bill has become law, despite serious questions about its constitutionality. What is clear is that the Act gives the government more power over universities than at any time since 1994. It does so by simplifying how the minister can intervene in a university’s governance and by creating what advocate Jeremy Gauntlett SC has aptly dubbed “super-entities”, that is, national institutes that will direct university research but answer to the minister, not to any university structures.

All this while the aims Nzimande articulated in 2009 have been at best only partly achieved. He has greatly increased the NSFAS, which now has more than R6-billion for student assistance compared with R2.4-billion in 2008. But student protests, sparked by late or inadequate grants, are regular features of the academic calendar.

Skills development has been a mixed bag too. FET college enrolments are increasing but Finance Minister Pravin Gordhan`s mid-term budget this year revealed that less than 30% of the number of artisans Nzimande`s department originally claimed have been trained. “Incorrect and inadequate reporting” by the Setas (the very institutions Nzimande has supposedly been reforming) was part of this problem, according to the budget documents.