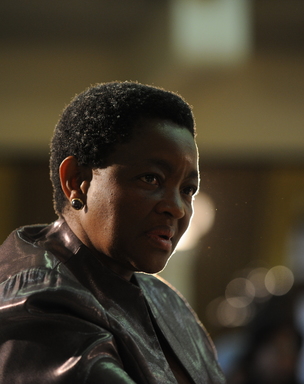 Minister Bathabile Dlamini hardly needs a report card to reflect her performance: this year many charities reduced services or faced closure because of funding shortages. These included well-established organisations such as Rape Crisis.

The cash strapped organisations deliver services the government is legally and constitutionally bound to provide, including services to children, women, the elderly, those addicted to substances, the disabled, and those affected by HIV and Aids.

The summit produced a string of resolutions and plans for a task team to develop an action plan. The fruits are yet to be seen. Money is being spent to find out what we already know: Dlamini’s department needs to provide welfare organisations with more money. She however appears incapable of lobbying Treasury for more funds. This would explain why the Treasury has now approached the National Coalition of Social Services to assist with its own research into the funding crisis.

On the bright side, the South African Social Security Agency – responsible for dispersing social grants – paid grants to 15.6-million people in the 2011/2012 financial year, up 4.42% from the previous year. This was despite the North Gauteng High Court ruling in August that Sassa illegally awarded the R10-billion tender to deliver these social grants to Cash Paymaster Services.

Even though the grant system is working well, it is not a replacement for non-profit organisations who deliver specialised services to those in need.