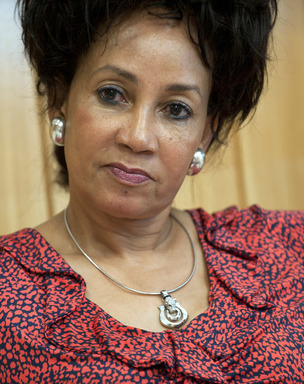 Minister of Public Service and Administration
2012 Grade: A
2011 Grade: A
More info on: Lindiwe Sisulu

Lindiwe Sisulu started off her new job on a high note. Not only did she save President Jacob Zuma the embarrassment of a massive strike by more than one ­million public service workers a few months ahead of the ANC`s electoral conference in Mangaung, but she also managed to convince public sector unions to agree to a single-digit salary increase and a multiyear wage agreement.

Sisulu is known to be hostile towards unions: in 2009 she fired more than 1 000 soldiers who embarked on a strike over poor ­living conditions. But her relations with public sector unions, particularly those affiliated to Cosatu, appear to have changed. Sisulu believes the multiyear wage agreement was important for business planning and the stability of the economy. She has also been working hard to improve poor performance in the government and has in the past few months instructed her department to conduct a comprehensive skills audit in the public service and develop tools to monitor performance.

She also wants the public service commission to play a more meaningful role and become a policy developer, monitor and enforcer.

“She wants the commission to have powers like the auditor general – to  be able to take an accounting officer to task if service delivery is not happening. She has also indicated that the commission must also cover the local government and all who are paid with public money. The commission must ensure that senior managers perform,” said Sisulu`s spokesperson, Ndivhuwo Mabaya.

“A special unit is being set up to work with all levels of government to deal with systemic administration challenges and ensure that challenges related to administration and service delivery are addressed before they become crises.”

Sisulu appears to be on track with her public service turnaround, but reports that she used a Gulfstream jet for more than 200 trips between Pretoria and Cape Town – at R200 000 a throw – while she was still defence minister could damage her reputation. She has vehemently rejected the allegations.