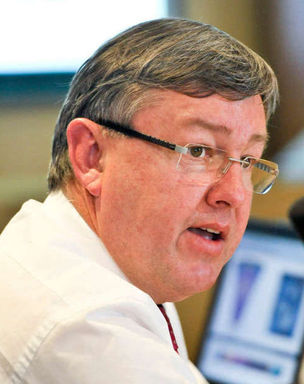 Having been in the same cabinet shoes for the better part of a decade, Marthinus van Schalkwyk has the immediate advantage of continuity. As a result, he has a good grasp of his product, is relatively popular and knows what makes the industry tick.

He has established good interdepartmental relations, which allow him the leverage of minimising bureaucratic red tape where necessary, easing relations with the private sector.

The Tourism Indaba, however, which remains the main platform for burgeoning SMMEs, could do with a bit of a facelift. SMMEs in this sector contribute more to the GDP than big business. Although it remains a pivotal showcase for the South African brand and the key host city of Durban, its resources could be better spent by paying more attention to the sustainable incubation of handpicked enterprises that display either potential for growth or the most urgent needs. Otherwise, the Indaba is doomed to become a revolving door showcase of companies with no potential for growth.

Those in the know point out that the ministry could do more with marketing South Africa to the rest of Africa, but for that to be achieved, the air travel industry would have to be a lot more competitive.

Domestically, the total tourist spend went up from R9.2-billion in 2011 to an estimated R10.2-billion in 2012. This was due to an increase in average expenditure per trip. The persisting problem, however, is the creation of sustainable jobs. While the department intended to create over 5 000 jobs through the extended public works programme, only 762 full-time equivalent jobs had been created within the first quarter of the financial year.

Realising the importance of transformation and skills development in the sector, a career expo and road shows were conducted in Tshwane, Ermelo, Middelburg this year.

However, a secret weapon to boost traffic since the World Cup remains elusive.