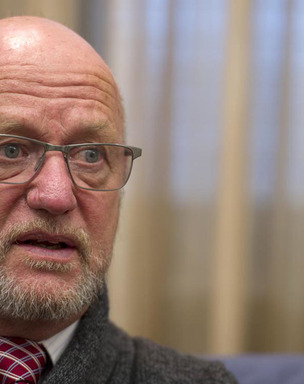 Minister of Science and Technology
2012 Grade: A
2011 Grade: A
More On Derek Hanekom

Naledi Pandor left big shoes to fill, but for once the reshuffle went the path of continuity and a man who has been in the department for nearly a decade was picked for the top job.

Even though Derek Hanekom took over the department – one of the smallest but most vibrant portfolios – just a few months ago, he appears to be doing a great job.

His biggest task occurs behind the scenes where his department runs pilot programmes – such as cutting out books by giving students tablets – that he then champions to bigger departments, such as basic education. Similar interventions are being run with all delivery-orientated departments that might otherwise not have the skills and funding to run pilots. With his nearly two decades in powerful positions, Hanekom has the political acumen for the job.

With Pandor securing the Square Kilometre Array (SKA) and overseeing the all-important ministerial review into the science, technology and innovation landscape, it will be hard for Hanekom to grab the headlines the way she did. But he has to ensure that the work continues. The first phase of the SKA is on track, but he will have to work hard to ensure the required international funding comes in for the bigger stages.

His department also needs to push further into the realm of education. Hanekom`s ferocious public appearance schedule does show that he is out there championing science in education. And a plethora of bursaries are giving critical opportunities to students. But his department – and the country – desperately needs quality science and mathematics education.

Hanekom has several pet projects in the department. None is more important to him than palaeontology. Officially, palaeontology resides under other departments, but Hanekom has given it the love and attention it needs in South Africa`s fossil-rich landscape. And he needs to keep championing this heritage.

However, because Hanekom only recently assumed the post, it is probably too early to rate his performance.