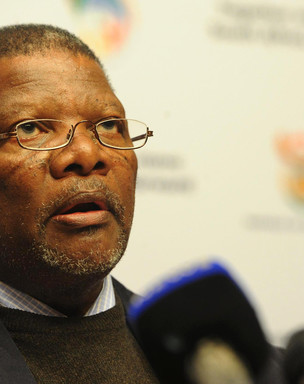 The spotlight moves to Gugile Nkwinti next year as the 100th anniversary of the 1913 Land Act approaches.

Among long-awaited decisions from the government is whether the land claim process will be reopened and whether those who lost their land before the Act was passed will be allowed to claim it back.

Nkwinti referred these two proposals to the Cabinet months ago. Perceptions of an unstable ­property market can only be bad for investment.

He has also not shown much leadership or provided clarity on the willing buyer, willing seller policy.

It is also not clear how the office of the land valuer general will fit into the picture. In November, the Cabinet approved its establishment, which was proposed in last year`s green paper on land reform. It will be an independent statutory body and assist in establishing a value for land without relying solely on the private sector. It will also keep records of the value of land.

It has been three years since Nkwinti took the reins of the department and it appears that he is slowly turning it around. Its recapitalisation and development programme, through which the government intervenes to rescue failing restituted farms, has been lauded. In the 2011/2012 financial year, 83 farms were placed in the programme.

Under Nkwinti, the department has also undertaken to compile a state land register and 98% of state land has now been verified.