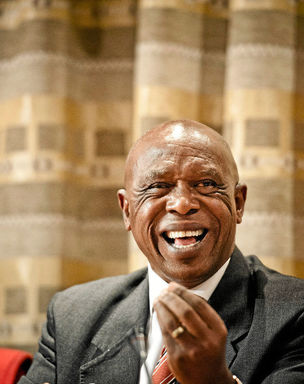 Before 2009, Tokyo Sexwale was known as housing minister, but his post was renamed human settlements so that he would have the power to plan integrated settlements and be responsible for sanitation and electricity. In reality, he does not have these powers or he has not exercised them, leaving his role similar to that of the old housing minister. He has not been seen to be working with ministers whose portfolios deal with water, electricity, sanitation and the identification of land. A lack of policy direction and legal uncertainty caused this failure. There is still no legislative framework to fill the lacuna, which seems incredible for a department now four years old.

Two of Sexwale`s ambitious ideas are a state housing construction company and state housing bank, but these plans remain unrealised.

Sexwale dealt with the long-standing problem of the M2 Gateway housing problem by relocating 10 000 shack dwellers to housing units.

He similarly dealt with another explosive situation in Lenasia where the Gauteng provincial government was demolishing houses, leading to clashes between the occupiers of the houses and the nearby residents. After his intervention, the bulldozers stopped and public bickering came to an end, although the matter has not been laid to rest.

His department has recognised that in some cases it cannot just remove people from shacks and has pledged to provide them with water, sanitation and electricity through the national upgrade support programme.