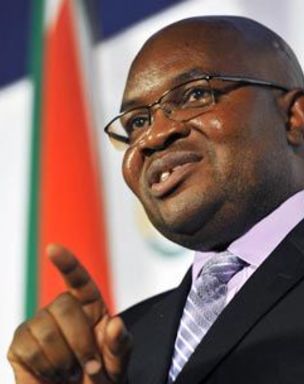 The only reason Richard Baloyi should not immediately be frogmarched out of his office is the traditional affairs part of the job. At a time when traditional leaders are keen to reassert themselves and being frustrated in their ambitions, he has quietly managed to keep a lid on things.

We may also have been tempted to give him extra credit for having only been in the job for little more than a year – in a position in which things move slowly – but Baloyi brought his problems with him. While in charge of the public service he magnificently bungled negotiations with government workers` unions, saddling the treasury with a wage bill it can ill afford. In his new position it is the employers rather than the employees who are out-manoeuvring him, allowing the South African Local Government Association to block long-planned initiatives.

Baloyi`s delays in finalising regulations and his broken promises in doing so have prevented two critical changes from taking place in local government: blocking political party office bearers from running municipalities and demanding minimum standards of training and experience of those who do manage local ­governments. Those changes may not fix the many, many things that are broken at local government level, but they would be a start. Allowing those who fall under his oversight to prevent implementation has instead marked a bad start to Baloyi`s tenure.

While the minister fiddles, municipalities continue to decline. It is best evidenced by the number of service delivery protests versus audit reports – although neither is pretty.

At provincial level, things are no better. Limpopo is not so much co-operating with the national government as fighting a low-level war with what parts of the provincial government view as an occupying force. The relationship between the national executive and the Western Cape also deteriorated over the past year as the ANC and Democratic Alliance fought their political battles, and we have little faith that Baloyi can keep the two in a working relationship.

Our suggestion: let him look after the traditional leaders and give the important part of the job to somebody with the necessary qualifications and experience and without political baggage – the same requirements he is supposed to impose on municipal managers.