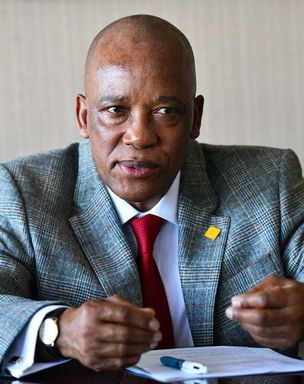 Dikobe Ben Martins was thrust into the fire as the thorny issue of e-tolling reached a climax. A mid-year Cabinet reshuffle hoisted Sibusiso Ndebele out of the hot seat at the transport ministry and Martins, a poet and artist, into it.

Martins, a former deputy minister of public enterprises, did manage to bring the legislation required for the implementation of e-tolling to Parliament. On December 13, the North Gauteng High Court ruled against an application to have the decision to implement e-tolling reviewed and set aside.

In other areas, the Passenger Rail Agency of South Africa made strides when awarding its first major tender for the manufacture of new commuter rolling stock (about 7200 new coaches to modernise the country`s commuter rail service).

Another increase in airport taxes caused an outcry while the Airports Company South Africa`s profits continued to soar.

The high taxes also added to the cost of doing business in the airline industry and 1time airlines was forced to file for business rescue.

Several setbacks were identified in the department`s budget vote: the Rea Vaya bus rapid transit system in Johannesburg is unlikely to reach its target of 100 000 passengers for 2012 to 2013 because of delays in negotiating contracts. Similarly, the MyCiTi system in Cape Town is only expected to meet its annual estimate of 112 000 passengers by March 2014.