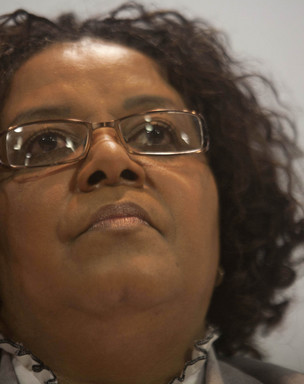 Edna Molewa actually runs two separate departments – environmental and water affairs. But for political expediency the two, which exist independently and have their own offices and huge problems, have been brought under her sole control. This stretches her thin, which she seems to take in her stride with a ferocious schedule.

In water affairs, she has finally embraced the idea that South Africa is facing a severe water crunch and has proposed public-private partnerships to bridge the more than R500-million funding deficit she needs to keep the water flowing. This is problematic, given that water in private hands is dangerous, but without it the funding is just not there.

She has to champion this, otherwise the country`s current creeping water crisis will make Eskom`s issues look easy to manage. If she gets it done, she will have to find a way to force local government to take up the slack and start spending some of their budget on infrastructure. She gets the water to places, but municipalities have to get it to people. They are not.

On the environment side her biggest issue is with mineral resources. Mines are going ahead in a piecemeal manner and are destroying environments and water sources. People are already writing off the whole of Mpumalanga as a collapsed system, thanks to mining. The departments keep saying they are making a plan to work together, but Molewa has to be vocal and gain parity for her department with regard to mineral resources. And if water affairs keeps granting licences to mines, the future costs will be spectacular.

She has done a great deal to save rhinos and has finally got Vietnam to sign an agreement to work together. But where there is demand there will be supply.

The one serious concern comes from allegations that she interfered with water licences for some of Cyril Ramaphosa`s mines. If it is true, it could undermine the critical work that her enforcement arm, the Green Scorpions, has been doing. Molewa denies the allegations.