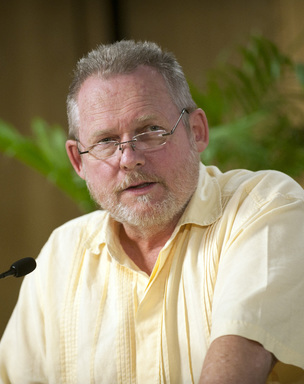 Minister of Trade and Industry Rob Davies has had a fair amount to deal with in 2012.

Firstly there was the matter of dealing with Consumer Commissioner Mamodupi Mohlala, who was determined to fight against being replaced even though many saw her as a divisive figure.

Then there was the controversy over labeling legislation for Israeli products from occupied territories, which caused an expected stink.

Another major challenge was the debacle surrounding the Estate Agency Affairs Board.

Some stakeholders feel that Davies was not decisive enough when dealing with these problems in 2012, however others were more satisfied with his performance.

One insisted that unlike Economic Development Minister Ebrahim Patel, “he actually lets his DG [director general] do his job”.

Another stakeholder pointed to the decisive action he took around the Consumer Tribunal where he appointed a full time Tribunal chair, which gives the organisation stability.

Regulations to deal with BEE fronting were seen as another positive step in 2012.

A look at the trade and industry department`s targets for 2012 in the Budget Vote from the Medium Term Budget suggests that the department is not having problems exceeding targets set for it.

In 2012 the department was meant to provide R20-million to 20 industrial innovation projects, it ploughed R49.9-million into 26 projects, in just the first six months of the financial year.

The department has also already offered support to 38 of its targeted 40 technology incubators in 2012.

However support for black business supplier development and export market businesses are way behind targets and both are areas where the department needs to pull up its socks.

On the international front trade missions and government-to-government platforms are also well ahead of target in 2012, with both the minister and deputy minister playing very active roles.

However there have been constant criticisms that South Africa`s industrial policy is not adequate and that often there is very little political will to deal with obvious interventions that target bottlenecks and could substantially impact on job creation.

One key challenge that Davis will have to deal with next year is getting South Africa`s special economic zones working as they were conceived, with all three SEZ`s performing very badly at present.