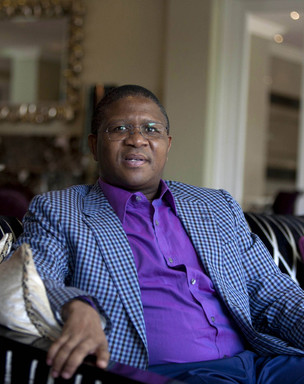 Fikile Mbalula has had a terrible year in terms of his political career in the ANC, but his performance in government has been stellar.

His first effort that deserves commendation is his plan to revive sport in schools, which has been on the back burner for the past 18 years as the education department focused on developing new curriculums and getting the system to work.

This year 10 000 of South Africa`s 27 000 schools participated in the first school championships, which comprised 16 sporting codes. The department said its long-term vision was encapsulated in the national sport and recreation plan – a blueprint for the development of sport over 20 years – and was awaiting Cabinet approval.

Encouragingly, next year will see the establishment of a full-time professional netball league with players receiving salaries. Netball is the most popular sport among South African women, but it has been in the doldrums for years.

There were also efforts to revive basketball. The minister and basketball professionals visited the National Basketball Association in the United States and its stars and coaches came to South Africa to generate interest in the sport.

Mbalula did not shy away from controversy and appointed a commission of inquiry to get to the bottom of problems in the governance of cricket.

Largely, because of vested interests, the matter has become a legal conundrum with some of the parties going to court, but cricket does need some housekeeping. Mbalula would do well to turn his attention to football and athletics, both of which are engaged in perpetual conflicts and face financial problems. It would appear that good governance in these codes is sorely lacking.

In rugby, transformation continues to be an issue and the R35-million allocated to start academies for the development of black players in the Eastern and southern Cape is a positive step.

Although Mbalula wanted 12 medals at the Olympic Games in London, our athletes did not disgrace themselves and delivered six. Also, the women`s football and hockey teams participated in the Olympics for the first time.