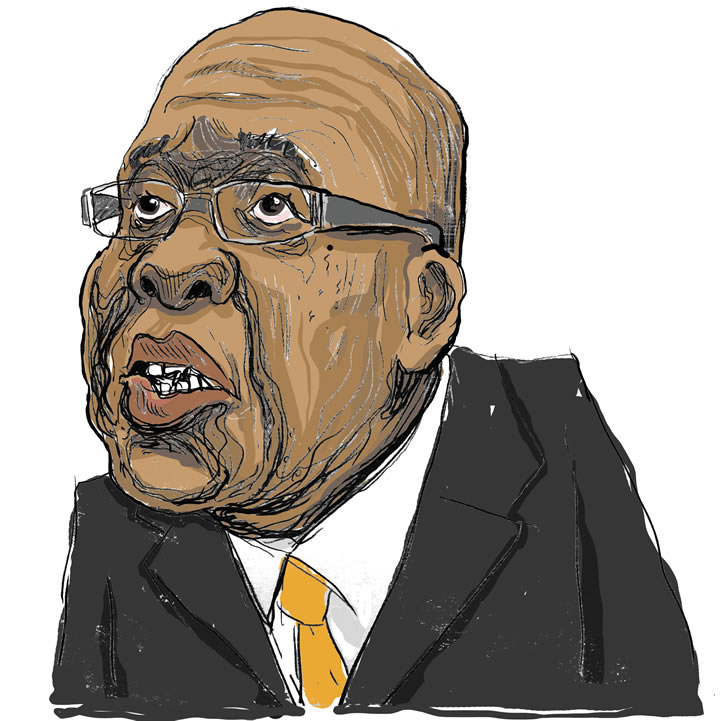 After Aaron Motsoaledi scored a D on his cabinet report card last year for his “xenophobic-lite” utterances stoking the flames of anti-immigrant sentiment, his spokesperson, David Hlabane, took swift offence, penning a letter to our editor.

Motsoaledi, he said, had engaged diverse formations of asylum seekers and refugees and had met the United Nations refugee agency about the hundreds of refugees and asylum seekers protesting in the Cape Town city centre about their fears of xenophobic violence in South Africa.

Motsoaledi had ensured quarterly meetings were set up between the department’s managers and representatives of asylum seekers and refugees, Hlabane said.

For Motsoaledi, the fate of these same refugees continues to blight his tenure. His department and the City of Cape Town have argued over whose responsibility it is to repatriate or deport the refugees and ­asylum seekers, who were moved to inadequate temporary refugee shelters this year.

The impasse led Bongani Bongo, the chairperson of the portfolio committee on home affairs, to issue a statement after a committee meeting on the matter in October, pronouncing that it was unacceptable that “to this day, when we should be looking at concluding the matter and finding solutions there are no collective decisions, but bickering and finger-pointing and continuing disputes about the mandates of the different spheres of government”.

Home affairs, the committee heard, failed to attend multiple meetings on the issue this year.

In November, the department announced it had begun the process of deporting some of the foreign nationals. Efforts to reintegrate them into society failed and the only option was repatriation to their countries of origin — they had wanted to be relocated to a third country.

Motsoaledi’s department has now embarked on a project to address backlogs in asylum processes and appeals, as well as looking at its ­asylum structures.

This year also saw the passing of two controversial pieces of legislation. The first of these is the Border Management Authority Act, which critics say seeks to activate a greater militarised presence along South Africa’s borders.

Motsoaledi has described this legislation as long overdue to “plug holes in our porous borders [that] lead to illegal crossing of people, illicit goods, trafficking of people, and stolen vehicles”.

Meanwhile, the Refugees Amendment Act, which came into effect on 1 January, has been slated for drastically limiting the rights of refugees and asylum seekers in the country, including losing their refugee status for voting or taking part in any political activity in their countries of origin, and losing refugee status if they seek any consular services from their country of origin.

During the lockdown, Motsoaledi has extended visas several times — the latest extension runs until 31 January — for foreign visitors who would have been deemed undesirable.

But the closure of refugee reception offices for several months has further deepened the lack of a safety net for the country’s refugees and asylum seekers during the lockdown.

Motsoaledi’s department, infamous for its long queues, had started to make some progress in its “war on queues” — until Covid-19 struck.

This included technological advancements to process applications faster, cutting waiting times for documents, and its partnerships with banking institutions in the online processing of applications for smart ID cards and passports.

But there are huge backlogs in the system, say opposition parties. Motsoaledi said his department has provided enabling documents to more than 1.6-million people from the start of the lockdown until August.

The department’s plans for e-visas to enable the economy to run smoothly were “scuppered by the virus”, but the department has tried to help by granting permission to people coming to assist in high-impact special economic projects, despite the closed borders.

Acts of bribery, fraud and corruption bedevil the department, Motsoaledi said in his budget vote, referring to them as the “terrible triplets, which we have to fight each and every single day”.

He has acted against several officials this year.