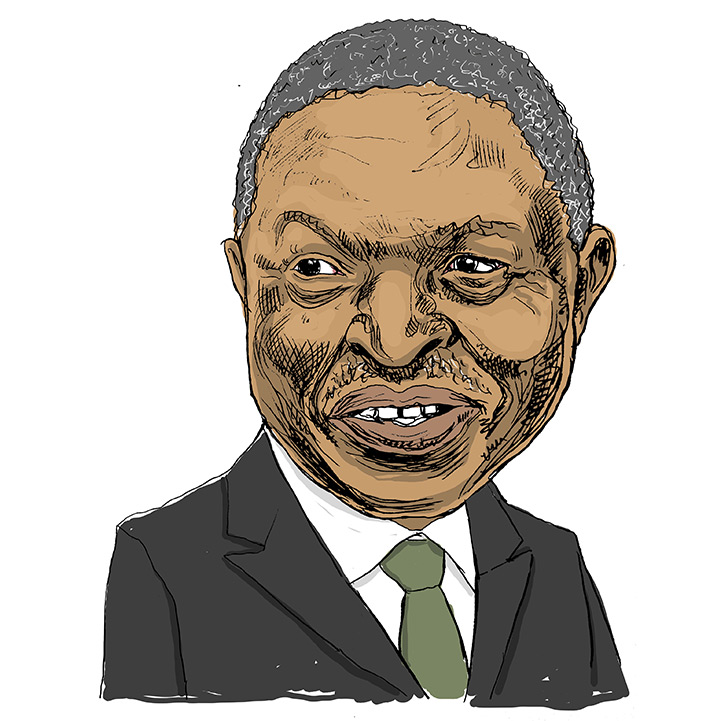 Deputy President
2020 Grade: D
2019 Grade: D
Read our coverage on David Mabuza
A combination of health issues and a natural preference for avoiding the limelight saw Deputy President David Mabuza continuing to be one of the least visible members of President Cyril Ramaphosa’s cabinet, despite being the second in command in government.

Mabuza, the leader of government business in the National Assembly and the chairperson of the South African National Aids Council (Sanac), was appointed to head the political task team on Eskom in February.

The appointment placed Mabuza at the centre of the embattled state power utility’s turnaround programme, giving him responsibility for co-ordinating the work of government departments in resolving its debt crisis and implementing the restructuring plan contained in the special paper on Eskom published by the department of public enterprises last October.

The nature of the state of national disaster regulations gazetted in March placed Co-operative Governance and Traditional Affairs Minister Nkosazana Dlamini-Zuma and Health Minister Zweli Mkhize at the centre of South Africa’s Covid-19 response, together with the president — and not Mabuza, his deputy.

The decision turned out to be a fortuitous one: in March, the first of a series of health scares involving Mabuza occurred, prompting his office to issue a statement that he had tested negative for Covid-19 after coming into contact with a person who had tested positive for the virus.

Although the deputy president did chair several of the committees he heads, and attended virtual cabinet meetings after March, in July he cancelled two question-and-answer sessions — one in the National Assembly and the other in the National Council of Provinces (NCOP) — because of ill health, without any further explanation being given as to the cause of his absence.

In August, another question-and-answer session with Mabuza was postponed because he was unwell and not able to attend, sparking a demand from the Democratic Alliance that the surgeon general make a disclosure about his health status before parliament.

DA MP Solly Malatsi said the postponements meant Mabuza had cancelled question-and-answer sessions in parliament or the NCOP seven times between September 2019 and September this year.

Malatsi asked Ramaphosa to replace Mabuza as leader of government business in parliament, a role traditionally performed by the deputy president, because of his health issues.

At the time, Mabuza’s spokesperson, Matshepo Seedat, said the deputy president had been receiving treatment at home and would return to work.

She said Mabuza had previously conducted oversight visits in the Free State and North West to assess Covid-19 responses and had attended virtual cabinet meetings since March from home.

In September, the deputy president returned to work and began taking questions in the house again.

Mabuza convened and chaired meetings of the Eskom political task team in July and at the beginning of November. The meetings focused on ways of improving the power utility’s revenue collection from municipalities and other defaulting clients to deal with the culture of nonpayment for electricity.

The deputy president also chaired meetings of the Sanac interministerial committee, which was tasked with ensuring that the country’s  HIV treatment programme was not derailed by the Covid-19 pandemic.

Despite the relative invisibility of Mabuza over the past 11 months, R8.39-million was spent between April 1 and September 30 on accommodation in hotels and lodges, as well as incidentals, for his two bodyguard details, who rotate weekly.

A total of 28 South African Police Service VIP protection officers guard the deputy president and continued with their normal roster, despite Mabuza’s bouts of illness that kept him at home for several months during the lockdown, according to Police Minister Bheki Cele’s answers to questions in parliament.