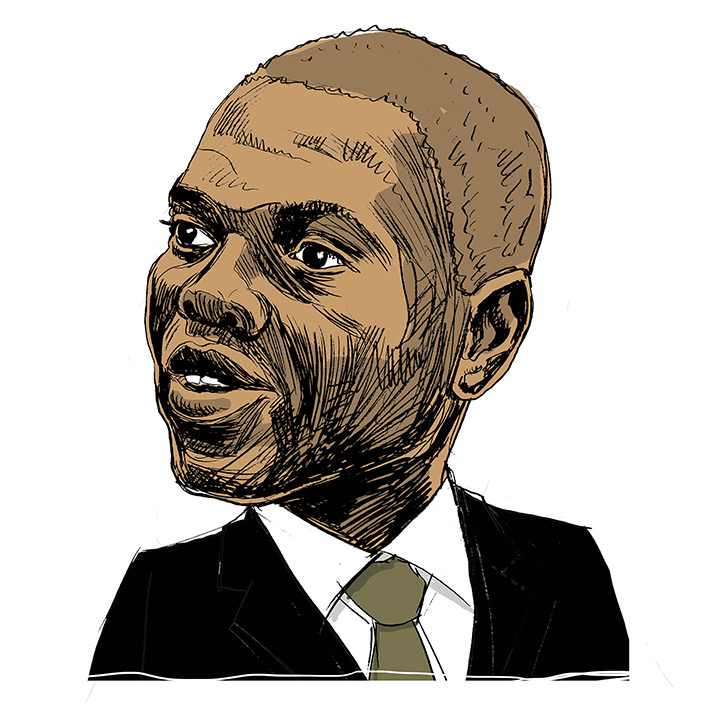 Minister of Justice and Correctional Services
2020 Grade: A
2019 Grade: B
Read our coverage on Ronald Lamola

The string of high-profile fraud and corruption arrests has justified the department of justice and correctional services’ R688-million spend on the newly established integrated justice system programme.

The department has been at the forefront of what seems to be a change in fortunes for the National Prosecuting Authority, which has now been working closely with the Directorate for Priority Crime Investigation (the Hawks) and the South African Police Service.

In July, during his budget vote in parliament, Justice and Correctional Services Minister Ronald Lamola said his department’s budget would be R21.9-billion, with a focus on tackling corruption and the gender-based violence scourge.

To fight gender-based violence, three bills were introduced in parliament this year. Chrispin Phiri, the department’s spokesperson, told the Mail & Guardian that justice officials wanted the bills to pass through the parliamentary process speedily.

The department was not immune to the budget cuts, with its original budget slashed by R416-million, Lamola said in July. Despite this, the minister said money would still be allocated to areas fighting corruption, including R130-million to the Judicial Commission of Inquiry into Allegations of State Capture (the Zondo commission); R663-million for the modernisation of information technology systems; and R668-million to the integrated justice system programme.

But the most significant coup for the justice system was the November arrest of ANC secretary general Ace Magashule. Lamola had stressed in July that high-profile arrests would be made.

“This has been a year of extreme challenges, managing under Covid-19. The significant successes have been the department’s leading role in the legal and regulatory measures initiatives, as part of the government-wide response to Covid-19. Through legal advisory services that were rendered during this time, challenging circumstances were successfully handled. We are rebuilding, but at the same time action against wrongdoing must be dealt with through our courts,” Phiri said.

“The lockdown, and its various levels of restrictions, had a severe impact on the functioning of the department. We have lost six magistrates, three prosecutors and 17 administrative staff due to Covid-19,” he added.

He admitted that the pace was slow in terms of action coming out of the various commissions of inquiry into alleged corruption, but said the department expected this to pick up in the coming year.