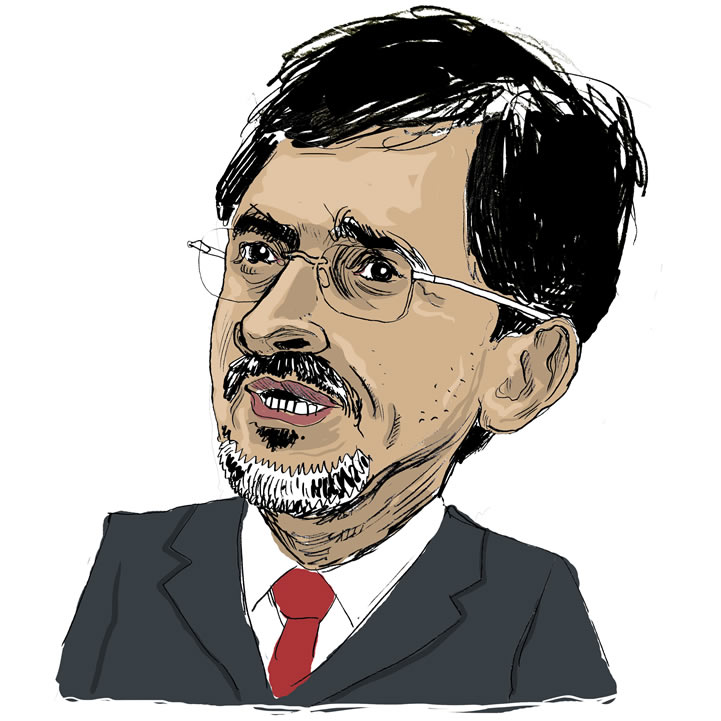 Minister of Trade, Industry and Competition
2020 Grade: B
2019 Grade: B
Read our coverage on Ebrahim Patel

It’s a daunting time to be Ebrahim Patel, who is in charge of revitalising South Africa’s fragile, Covid-19 battered economy and reigniting the country’s growth.

Although the outlook is grim — gross domestic product is forecast to shrink by 8% this year — the messages from Patel are of the country’s resilience.

In his budget vote in July, he highlighted how, when global supply chains broke down and South Africa couldn’t buy ventilators and personal protective equipment anywhere else, it scaled up the local manufacture of basic Covid-19 supplies, quickly ramping up production of medical-grade masks from six million to 13-million units a month, with local companies and workers contributing to the effort. The country, too, started producing the continuous positive airway pressure ventilator.

“The lesson is that, when confronted with a challenge, we found the will, the innovation and the industrial capacity to do the job,” he said.

The Competition Commission levied stiff penalties on 28 firms to the value of more than R16-million for price hikes during the pandemic.

Patel, as a key figure of the National Coronavirus Command Council, made headlines this year for his so-called “irrational” and “bizarre” lockdown regulations — banning the sale of hot cooked food, stifling e-commerce and his clothing restrictions that outlawed purchasing open-toed sandals and crop bottoms.

His two recently merged departments, which both received clean audit reports for the 2019-20 financial year, are at the heart of President Cyril Ramaphosa’s economic reconstruction and development plan, pushing for increased localisation for reindustrialisation and growth.

Patel is bullish about the country being on track to reach its R1.2-trillion investment target within five years. Investment pledges of R664-billion were made in 2018 and 2019 and the focus has been on making sure these are not wiped out by the pandemic.

For South Africa, he has said, the focus must be on consolidating the presence of companies that have existing operations and help those that made investment pledges bring projects to fruition. Foreign direct investment can pick up on the back of the African Continental Free Trade Area Agreement, which will create the largest free trade area in the world, and is due to come into force next year.

A key instrument for Patel to build resilience in the domestic economy — economic growth and job creation — is his sectoral master plans, which provide a “stronger rationale for localisation efforts” after Covid-19.

His department has completed four master plans — covering half a  million direct workers — in the vehicle-production, clothing and textiles, poultry and sugar industries

In recent months, the South African Revenue Service has seized 550 shipping containers of illegal imported and undervalued clothing and footwear to protect local industries and entrepreneurs, and increased tariff protection for poultry farmers against unfair foreign competition to protect local industry and local jobs. The sugar industry has agreed to procure at least 80% of sugar needs from local producers.

The Foschini Group now sources 35% of its clothing locally, whereas five years ago only 20% was locally sourced. In the vehicle sector a record 387 125 vehicles, worth R148-billion, were exported last year.

Two new master plans are under development — one for furniture, a sector that employs 65 000 people in South Africa — and another for the steel industry, which Patel terms the “foundation” of the country’s industrialisation, employing almost 250 000 people.

Patel has said that a special unit at the Industrial Development Corporation and the Development Bank of Southern Africa will help provinces to use the R4-billion budget over the next three years more effectively on special economic zones (SEZs) and industrial parks.

Toyota’s announcement that it will build Africa’s first hybrid vehicle in South Africa, represents the “tectonic shift” in economies towards greener industries that highlights investing more in battery-storage technologies and other components used in renewable energy.

The department’s annual performance reports for 2019-20 show the country is “slowly but surely” making inroads into the beneficiation field, with the success in the construction of the first fuel-cell manufacturing facility at the Dube Trade Port, a SEZ in KwaZulu-Natal, which presents opportunities for beneficiation and new green industries. Vodacom has deployed 300 of its fuel cells with the potential for an additional R1-billion contracts with the telecoms sector.

The automotive industry transformation fund, created to seed, develop and grow black-owned companies within the supply chain, is expected to be fully operational from next year.

Digital technologies, greener industries and industrial agility can help to get the country out the doldrums. With unemployment at record levels, Patel’s task is to save as many jobs and companies as possible — and to make them more economically inclusive.