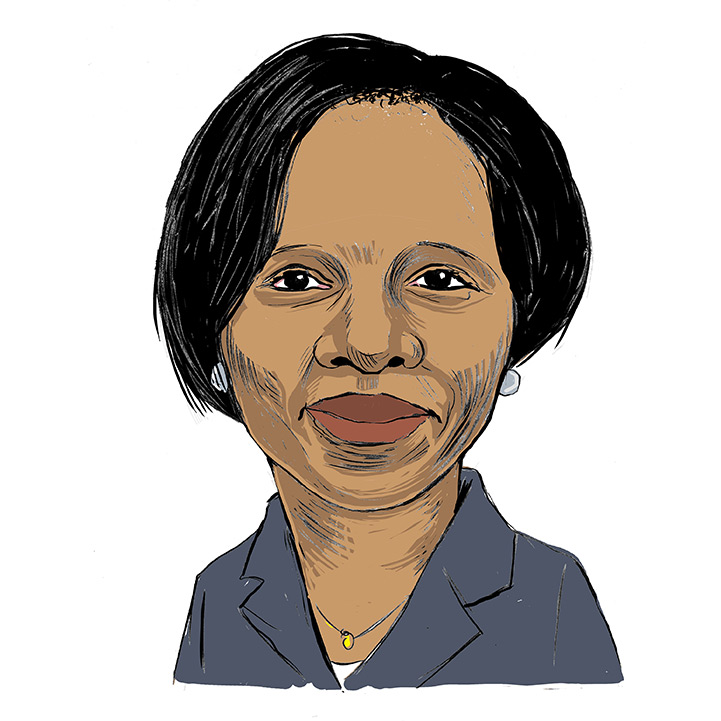 State Security Minister Ayanda Dlodlo’s 2020 began rather inauspiciously — and embarrassingly — with a burglary at the State Security Agency (SSA) headquarters in January, a stark reminder of the state of a ministry that had been gutted and factionalised during former president Jacob Zuma’s terms of office.

The hacking of Dlodlo’s phone — and that of her deputy, Zizi Kodwa, and other senior officials — in February did little to dispel the impression that the fightback by forces loyal to the old order in the agency was still on.

Dlodlo, who was appointed as state security minister after the 2019 national and provincial elections, in February described the post as “massive” and acknowledged that the robbery — the second at the agency in five years — was likely to have been an inside job.

However, despite the fightback and the disruptions thrown up by the Covid-19 pandemic, Dlodlo has been able to push ahead with some of the steps required to reprofessionalise the state intelligence agencies, outlined in the high-level panel report on intelligence presented to President Cyril Ramaphosa in 2019.

Dlodlo has scored some success in dismantling the amalgamated SSA set up by combining the South African Secret Service and the National Intelligence Agency and setting up domestic and international intelligence agencies. In July, Robert McBride, the former head of the Independent Police Investigative Directorate and a veteran intelligence operative, was appointed to head the foreign wing.

Dlodlo has also scored some success in dismantling the notorious Special Operations Unit, headed by Thulani Dlomo, which reported directly to Zuma and provided illegal personal protection services for individuals close to him, including former SAA board chairperson, Dudu Myeni.

During an oversight visit to the SSA in September by parliament’s joint standing committee on intelligence, Dlodlo said she was making “steady progress” in implementing the panel’s recommendations.

A number of deputy directors general who had been “displaced” had been placed in permanent posts, and the appointment of a director general would follow that of McBride, Dlodlo said.

A skills audit was conducted, and a further assessment is being carried out to identify which staff needed reskilling, as well as to assess recruitment needs. A new head has been appointed at the security training academy, and a training and development strategy is being finalised as part of professionalising the service.

An intelligence services council has been set up to improve vetting, conditions of service and disciplinary procedures. Internal audit procedures had been strengthened to deal with the looting of covert funds and other problems flagged by the auditor general.

A disclosure system for all operatives and managers was being developed to help to prevent corruption and would be supplemented by the revetting of staff, a process which has already begun, with top managers being audited for potential conflicts of interest or ethical issues.

This reported progress has been tempered by the investigation into the head of domestic intelligence, advocate Mahlodi Muofhe, for alleged qualification fraud, by the inspector general of intelligence.

The intelligence services have been left red-faced by outbreaks of violence related to protests, most recently the storming of the Senekal magistrate’s court by a group of white farmers wanting to lynch two murder suspects accused of killing local farmer Brendin Horner.

On a regional level, South African intelligence appears to have been caught off guard by the insurgent activities in Mozambique’s Cabo Delgado province, where the attacks by the Islamic State-affiliated Al Sunnah wa Jama’ah escalated to crisis proportions in March this year.