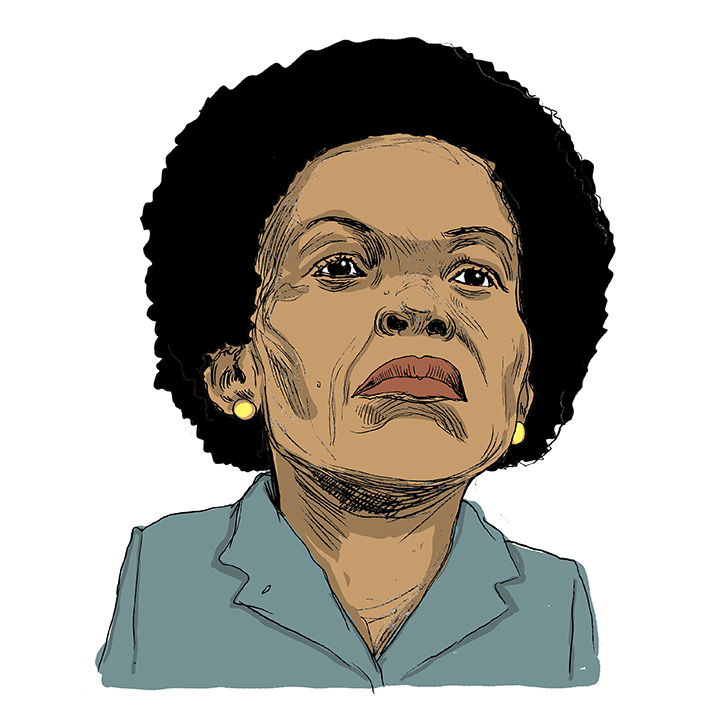 Minister in the Presidency for Women, Youth and Persons with Disabilities
2020 Grade: F
2019 Grade: E
Read our coverage on Maite Nkoana-Mashabane

Last year, when scoring Maite Nkoana-Mashabane’s performance, we concluded that her department sounded like a good idea, but there was not much to show for it. These sentiments have not changed.

What exactly is Nkoana-Mashabane’s job? If you listened to her budget vote in July, you would have been forgiven for thinking that her portfolio is responsible only for women. Her 15-page speech was silent about young people and those with disabilities. Unemployment is high among young people, but Nkoana-Mashabane did not mention one programme focusing on the youth. People with disabilities are marginalised and often overlooked for jobs for which they qualify.

Gender-based violence won’t end because a minister condemns it or demands swift arrests of perpetrators. It needs concrete and practical solutions that will make women feel — and be — safe.

It appears Nkoana-Mashabane is neither listening nor working with civil society groups that are pointing to irregularities in how she wants to proceed with the National Council on Gender-based Violence and Femicide. The council is meant to co-ordinate and monitor plans to fight gender-based violence. But Nkoana-Mashabane has been at loggerheads with civil society organisations, which are meant to be part of the council, over her failure to establish the council in terms of legislation.

The minister did call for the nomination of a board of trustees to establish the council. Nominations closed on October 20. But civil society groups have slammed the plan of the board of trustees, saying that, without legislation, it would act without independence and accountability.

Her actions show her to be short-sighted and out of touch with what is happening on the ground. If the department were headed by a person with the right energy, vision and empathy for the adversities faced by women, youth and people with disabilities it could do meaningful work.