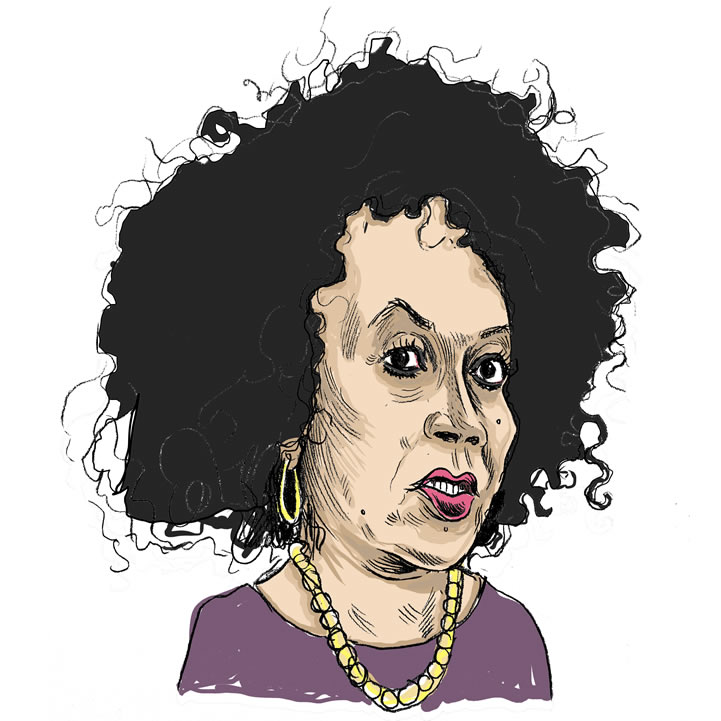 South Africa has a water, sanitation and human settlements crisis. The department tasked with fixing this has been ground zero for so much corruption. Presidential hopeful Lindiwe Sisiulu, with the blue blood of ANC royalty in her veins, could have used this as a chance to prove her mettle.

Sisulu told Parliament earlier this year that in the wake of the pandemic, the extent of housing needs across the country fell into sharp focus.

The first case in point was the process of de-densification of congested areas to contain the spread of Covid-19. The idea was rational. The department would give people transitional residential units (TRUs). Politicians lauded the tin shacks, which cost about R64 000 a unit.

Once premiers and MECs had cut the ribbons and people were ushered into the shacks, the complaints started. Parliament wanted to know how the department agreed to the cost of the TRUs, because numerous units across the country showed structural defects; others were flooding during heavy rains. The department also missed some deadlines.

MPs criticised the department for failing to enforce procurement standards and said that it did not take a trained eye to notice that there was corruption with the delivery of the shacks.

The department had to commit to another investigation.

Although the minister confirms that there were “challenges”, she, however, states that the contractors were directed to rectify everything that was found not to have complied with norms and standards.

“The problems experienced in the delivery of TRUs in Limpopo and [the] Free State were also raised at the Minmec [ministers and members of executive councils meeting], where it was resolved that the norms and standards for TRUs must be abided by in ensuring that the structures are solid and decent for people to live in,” she said.

However, of even more significant concern is how Sisulu gave the acting chief executive of the Housing Development Agency another six months to act in the position after the interim board decided on a candidate to fill the position. The agency was the implementing agent of the R2.5-million project.

This brings us to the upheaval in the department’s entities, which has been playing out in the courts. Earlier this year, Sisulu dissolved the boards of the Umgeni Water Board, Sedibeng Water and Magalies Water as part of a process of reviewing the entities under her control, mainly because their appointment by her predecessor, Gugile Nkwinti, had not been regularised by the cabinet. She also appointed an interim board at Lepelle Northern Water.

This was a welcome move: several water boards are plagued with issues of financial mismanagement, are owed more than R10-billion, and some have been implicated in corruption and the squandering of ­public funds over the years.

“She is fully committed to filling all the vacant positions at various institutions. It is worth noting that the focus over the past few months has been mainly around the government’s efforts to curb the spread of the pandemic,” said her spokesperson, Yonela Diko.

One of Sisulu’s main focus areas since she took office is addressing the department’s more than R30-billion of irregular and wasteful expenditure. “I have ordered investigations into these matters,” Sisulu told parliament.

Water problems continue to plague communities, despite the fact that when President Cyril Ramaphosa declared a national state of disaster in March, Sisulu said people needed to have access to water.

Her quick-fix solution has been to buy 18 875 water tanks at the cost of R99.9-million. It was also budgeted to cost a further R104-million to fill the tanks, and an additional R12.5-million for the implementing agents.

But amid all this expenditure, there seem to have been some positive steps taken by Sisulu. The operating business model for the Human Settlements Development Bank was approved by the treasury, meaning that it can now play the lead role in the financing of activities across human settlements.

“We have started a process of engagement with Basa [the Banking Association of South Africa] to strengthen partnerships within the banking sector and expect this to yield positive results shortly. The NHFC [National Housing Finance Corporation] has exceeded targets set for Flisp [the Finance Linked Individual Subsidy Programme], which supports bank finance to first-time home buyers,” said Sisulu.

In 2020, Sisulu has also reported that the department and provinces have delivered more than 69 600 new houses and more than 51 000 serviced stands — and, in the process, developed more than 1 100 new settlements and neighbourhoods.