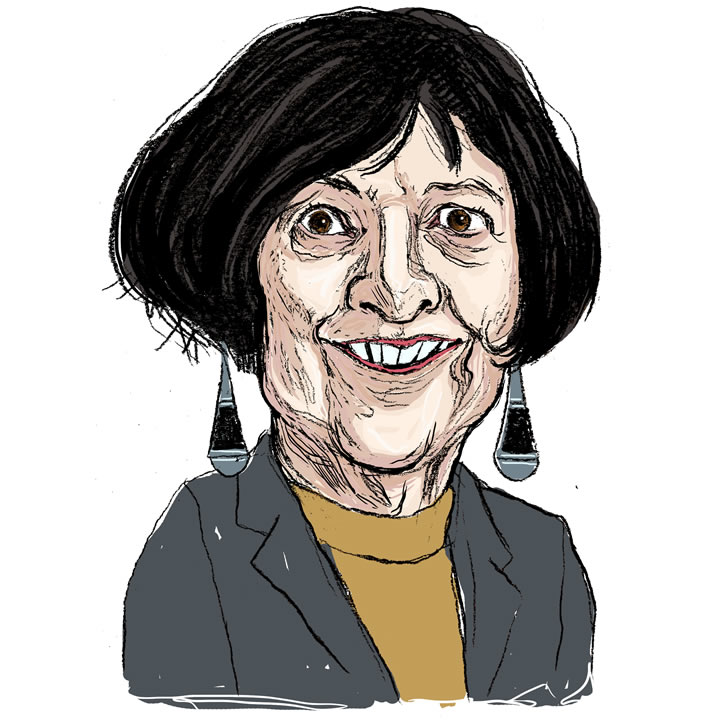 Minister of Environment, Forestry and Fisheries
2020 Grade: B
2019 Grade: B
Read our coverage on Barbara Creecy

Spending your life in an airplane is exhausting, Barbara Creecy said in a recent interview. But if there’s one positive aspect to the Covid-19 crisis, it’s that less travel has given her an opportunity to focus on her department.

“It’s really enabled me to get into a lot of detail around some of the issues in different branches,” said Creecy, who has been the minister for 20 months. “There are wonderful, very knowledgeable and skilled people within the department and it’s been good for building a team spirit.”

Although it doesn’t have the political clout it should, Creecy’s department is crucial because it’s tasked with drafting South Africa’s response to some of the biggest issues facing the planet — climate change, ­environmental degradation and biodiversity loss.

Soon after the beginning of the new financial year, the department’s budget was slashed because of the Covid-19 pandemic and it had to take deep cuts to keep afloat entities such as SANParks, the South African National Biodiversity Institute, iSimangaliso Wetland Park Authority and the South African Weather Service, which were unable to realise their usual income in the lockdown. Despite the budget cuts and a late start to its “working for” programmes, Creecy still aims to create more than 16 000 jobs in a year.

Among opposition parties, she is viewed as hardworking, competent and “one of the few honest ministers”, although there are concerns she is under pressure to deliver political outcomes.

With her strong background in finance, some conservationists worry that Creecy “doesn’t have the heart” for environmental issues. But her willingness to participate in roundtable discussions has won her praise.

The cabinet has approved the Presidential Co-ordinating Council on Climate Change, which will oversee a just transition to a low-carbon economy — although there are concerns about its composition — as well as the Low Emissions Development Strategy and the National Adaptation Strategy.

Some of Creecy’s decisions this year, such as ordering the disclosure of greenhouse gas emissions data of the country’s biggest polluters and upholding enforcement action against Eskom’s Kendal coal-fired power station, have entrenched environmental rights.

And, as president of the African Ministerial Conference on Environment, Creecy has pushed the continent’s leaders to unite on climate change and take robust action.

But South Africa, the planet’s 13th-highest greenhouse gas emitter, needs to do far more to raise its own climate ambitions, such as prioritising a powerful Climate Change Act and bolstering its commitments under the Paris agreement. Its international climate commitments have been rated as “highly insufficient” by Climate Action Tracker.

Some of Creecy’s decisions, however, seemingly contradict her recognition of the need for action on the climate crisis. This includes her dismissal of an appeal against Eskom’s 3 000MW fossil-gas plant in Richards Bay and her dismissal of eight appeals against the proposed Mokolo-Crocodile River (West) Water Augmentation Project.

This latter initiative is to pump water to the Waterberg area (designated a biosphere reserve by the United Nations Educational, Scientific and Cultural Organisation) to expand the coal industry.

Creecy has faced criticism, too, for refusing to intervene in the environmental impact assessment process for the proposed Musina Makhado Special Economic Zone in a sensitive and pristine part of Limpopo’s Vhembe district. The metallurgical cluster will constitute industrial steel and ferrochrome components, including a 3 300MW coal plant, which will lock the country into damaging greenhouse gas and pollutant emissions long into the future.

In March, Creecy gazetted sulphur dioxide air pollution standards (minimum emission standards) twice as weak as the standards that were due to come into force in April.

Eskom and Sasol, the country’s biggest sulphur dioxide emitters, do not meet current minimum emissions standards for plants constructed before 2010.

Creecy, too, has opted to oppose the Constitutional litigation launched against her predecessor and other senior state officials, including President Cyril Ramaphosa, for their failure to take steps to protect the health of people living on the Mpumalanga highveld from harmful air pollution in the “deadly air” case that is set to be heard next year.

On waste, she has been a champion, prioritising the circular ­economy, publishing the revised national waste management strategy, new plastic bag regulations and new regulations requiring producers to manage waste.

After the auditor general red-flagged several tenders that were irregularly awarded, the department placed eight officials from its waste management bureau on precautionary suspension.

Although the fisheries department is dysfunctional, Creecy has made strides this year, handing out 15-year fishing rights to small fishing co­operatives in the Western Cape.

Rhino poaching is on the decline and her department has introduced seven integrated wildlife zones to better protect rhinos, but poaching statistics are still being released infrequently.

Creecy has appointed a panel on sharks to review their management and conservation, but her high-level panel to review captive breeding, the lion bone trade, the trade in rhino horn, and elephant management has come under fire from animal welfare groups for being biased towards industry.