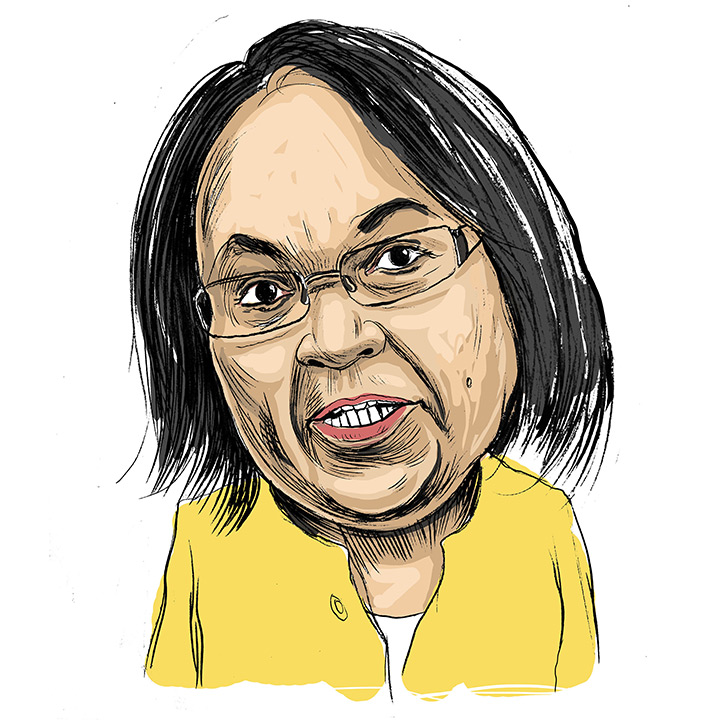 Corruption-busting Patricia De Lille’s tenure has been marred by accusations of nefarious activities this year. The former director general and other senior officials in the department of public works and infrastructure have accused the minister of taking on projects herself, disregarding processes and, of course, no one can forget the Beitbridge “washing line” border fence erected for R37-million.

However, De Lille has been hard at work in other aspects of her department’s mandate, such as holding ongoing conversations with the Special Investigating Unit about the progress of dozens of cases.

The department has also pushed to ensure that service providers are paid on time and that managers who do not comply with the 30-day payment rule will be charged.

The process of visiting and assessing public bodies to ensure they are accurately completing and capturing progress reports on the expanded public works programme (EPWP) reporting system has started to bear some fruit. These bodies must reconcile their project records against the EPWP reporting system every month, leading to the early detection of errors. The department reported that 183 public body visits were conducted and 151 unresolved issues of noncompliance were reported to the accounting officers.

However, De Lille still has a long way to go to ensure the programme achieves its intended effects. MPs have raised issues around how the department is going to fulfil the government’s goals of creating 800 000 jobs in the infrastructure sector when the department currently cannot adequately monitor, measure and implement infrastructure through the EPWP.

Meanwhile, other issues, including high vacancy rates within the department, are also a sticking point, as is the gender ratio of people working under De Lille, which hints at slow transformation.

The continued presence of a large number of officials in contracted positions was highlighted as an issue. This can be seen as the catalyst for the growing consultancy spend: the department is projected to spend more than R20-million on consultants on a handful of projects.

De Lille has been lauded for small, but effective, signs of intent.

At the 54th commemoration of District Six last year, she said she had discovered a tender for the disposal of “surplus land” in the area  — three parcels of that land had been earmarked for the District Six claimants and redevelopment of the area. She said at the time: “I put a stop to that tender immediately because we cannot have surplus land in our country until we have a national spatial development framework that determines what land must be used for and by whom.”

This kind of decisiveness could be lauded by some, but internal processes have to be followed and, in a number of instances, De Lille seems to have failed.

This includes the Beitbridge catastrophe, for which 11 officials will be charged. However, some MPs want De Lille herself to face the music.

Another investigation has started into the irregular awarding of farm-lease agreements she approved last December. The minister has also been accused, by disgruntled staff members, of pressuring senior officials, through her special adviser, to settle a R40-million pay dispute with a construction company, despite concerns the company had allegedly overcharged the department by about R39-million.