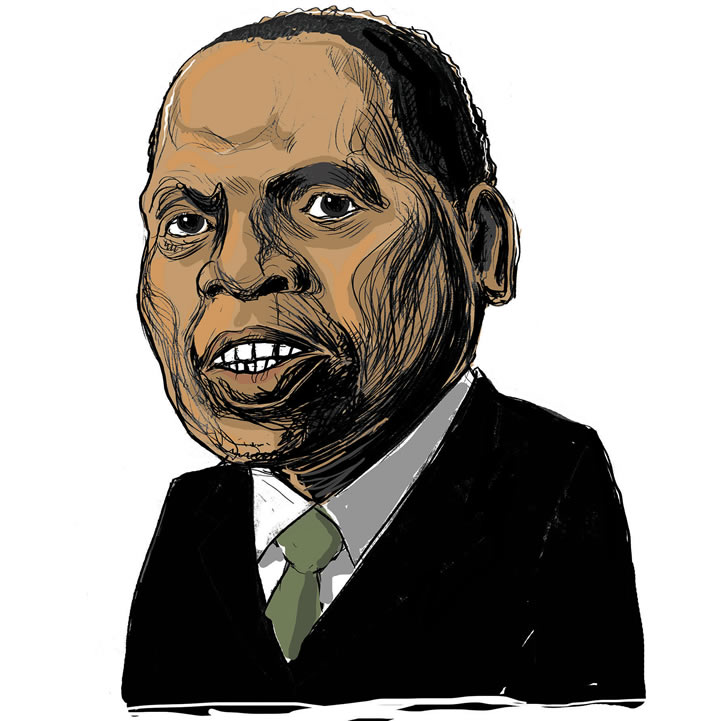 Minister of Health
2020 Grade: B
2019 Grade: C
Read our coverage on Zweli Mkhize

There is little else Zweli Mkhize has been able to deal with in the past year besides confront Covid-19. Only nine months into the post, Mkhize had to deal with a pandemic that has killed millions of people globally. South Africa did not seem prepared.

He made a salient assessment in August that before the advent of Covid-19 South Africa was already faced with a triple burden of HIV, TB and noncommunicable diseases.

“Our people were highly anxious about the stories they heard from China, and there was great concern about what would happen to millions of South Africans who suffer from these ailments,” he said.

For the past 10 months, Mkhize has been talking to thousands of people across the country. He was not shy to ask for help from the World Health Organisation when he realised the country was dealing with an even more complex outbreak than first envisioned. The organisation lauded the minister for reaching out to identify areas where the country could do things better.

Dr Sibongiseni Dhlomo, who sits on the parliamentary portfolio committee on health, said the committee noted with appreciation the sterling work by the health department to save the lives of South Africans.

Given the contempt with which many departments treat these committees, it is rare for one to be so positive about the work of a ministry.

In early January, the department made South Africans aware that clinical guidelines and definitions had been distributed to doctors and nurses in the public and the private sectors. These guidelines included how to diagnose and respond to Covid-19 cases.

Provinces were also said to be on high alert. “The department of health wishes to assure the public that South Africa is adequately prepared for active surveillance, early detection, isolation and case management, contact tracing and prevention of the onward spread of coronavirus infection,” Mkhize told the country.

In a few short weeks, things were going to escalate, testing the veracity of the ministers’ statements.

Case numbers began to climb. Hotspots started to appear in some provinces more than in others. The strain was bundled on the shoulders of those on the front line — nurses, doctors and all hospital personnel. As the caseload increased and President Cyril Ramaphosa told everyone to remain indoors, wear a mask and sanitise, Mkhize built a war room, tapping into the very best intellectual resources the country offers. The advice was cogent. Some found it irrational, but he forged ahead, putting out little fires in hotspot provinces.

Just before everything was locked down, seeing Mkhize looking frail, exhausted, speaking slowly at an event, it looked as if this was a man on his way to burnout.

But that didn’t happen. Instead, Mkhize was in the Western Cape when runners demanded their civil liberties to jog on the promenade. He was in the Eastern Cape when busloads of people were “smuggled” between the two provinces, escalating cases.

He was in KwaZulu-Natal when hospitals became places of death and vicious spreaders of the virus. He was in Gauteng when nurses could no longer afford to put their lives in jeopardy because of a lack of personal protective equipment.

During all of this, Mkhize and his wife contracted Covid-19. He has recovered and done a sterling job at putting experts at the forefront of explaining epidemiology, modelling and projections.

Whether the government applied this modelling in deciding levels of lockdown is another question. In a sign that our secretive state is alive and well, the data used to make lockdown decisions was not released.

In May, Mkhize wouldn’t release Covid-19 projections, saying they would be sensationalised. Data on hospitals and their capacity was available only months after the outbreak. So was data on comorbidity, caseloads per hospital, and projections. Only a handful of experts were privy to valuable information. Some complained of the bureaucracy and secrecy surrounding data and documentation requests.

The pandemic showed how deep mistrust of the state runs, and how secrecy still grips many parts of the government. It also showed how broken the health system is, and how far away any aspiration for a National Health Insurance scheme really is.

South Africa remains in a precarious place. Vaccines are on the way and Covid-19 looks like it could be kept at bay. Mkhize will need to dig into the mess that is healthcare in this country and start changing it for the better. Otherwise, this pandemic will be a footnote in our myriad health crises.