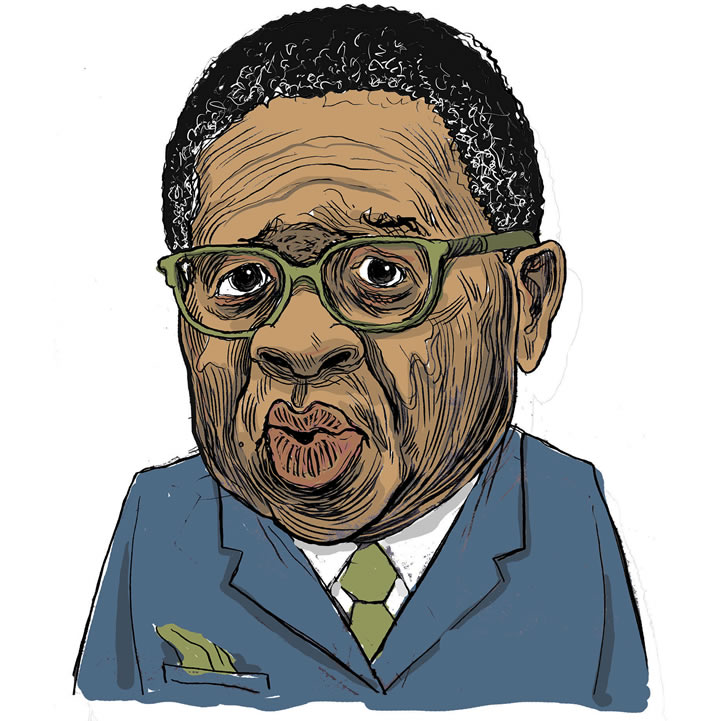 Fikile Mbalula was one of the faces that appeared most on our television screens during lockdown. Never one to miss a photo-op, he could be seen inspecting roadblocks, patting police on the back and chastising motorists who failed to produce a permit — “impound and arrest”, he said.

Much to the chagrin of the liquor industry, he was also one of the loudest voices in calling for a limitation of the sale of alcohol.

Pandemic or not, there is little that can mute the ever-affable “Razzmatazz”. Measuring his performance has always been a tricky affair: it can be hard to read between the lines when he conflates his roles as government official, ANC cadre and social media socialite.

He donned all three hats at once in October, for instance, when he put on a spectacular political performance in a Twitter assault on the Umkhonto weSizwe Military Veterans Association, its president Kebby Maphatsoe and its dubious spokesperson, Carl Niehaus.

After their demand that Mbalula be arrested for destabilising the Passenger Rail Agency of South Africa (Prasa), he hit back by insisting he had angered the group by cancelling security contracts, proclaiming he had “closed the taps” on their “milking cow”.

Although the tirade may have been amusing, it is another unfortunate example of ANC factionalism disrupting an ailing state-owned entity.

With the dire state of Prasa continuing to affect the lives of some of the worst-off in society, many would prefer the minister to pursue corrupt elements through legal means instead of insults.

It was Mbalula’s misfortune to inherit the mess and last year he took steps to implement administration and dissolve the interim board. Still, the auditor general’s office suggested during a parliamentary committee meeting that the pace of repair needs to be quickened.

In what would have been one of the last audits over which the now deceased Kimi Makwetu presided, Prasa was found to have racked up a fruitless and wasteful expenditure bill of R48.3-million and a seismic irregular expenditure of R1.235-billion.

“That is not a nice picture to see. The department of transport as a shareholder is supposed to exercise oversight,” the auditor general’s office remarked.

The auditor general similarly had some damning findings on the South African National Roads Agency, specifically the financial black hole that the e-tolls in Gauteng have become. Mbalula appears hamstrung by the shifting political sands around the issue and has been unable to provide clarity on the future of the contentious tolls.

Where he has been able to make his presence felt is in the minibus industry. Social distancing measures theoretically put the minister on a public collision course with taxi operators — and although there certainly was anger during the hard lockdown, the minister has garnered respect for his willingness to discuss matters with the taxi industry to an extent unseen by his predecessors.

It’s that work ethic that has seen Mbalula earn an “okay” score.