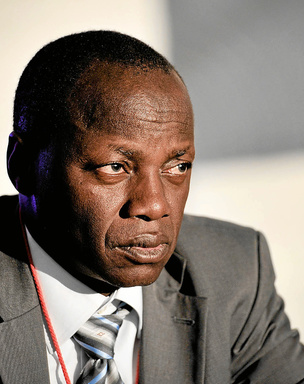 Collins Chabane’s job of overseeing the establishment of norms and standards for the functioning of the public service, as well as conditions of service and labour relations, is, to say the least, a handful.

There is the fact that politics always finds a way of playing into governance matters. Chabane’s predecessor Lindiwe Sisulu fast-tracked the Public Administration Management Bill of 2013, which prohibits public servants and their families from conducting business with the state, but he must ensure the Bill is signed into law and used to fight corruption.

Chabane has demonstrated little urgency in having the Bill made law, though he can only do so much once it is in the president’s hands. He is also considering introducing mechanisms to strengthen the powers of the Public Service Commission (PSC), a body tasked with promoting good governance and improved performance of government in equitable service delivery, but has been battling to enforce its recommendations and hold certain departments accountable. It appears that, with Chabane at the helm, the PSC will finally have teeth. His colleagues say he is deceptively reserved and operates under the radar, but he gets the job done.

He has political clout, having served as monitoring and evaluation minister since 2009. But with the National School of Governance (NSG) still relying heavily on external trainers and sometimes offering unaccredited programmes, Chabane needs to work much harder to justify the existence of this training institution for public servants.

To be fair, he inherited it from Sisulu, but he was part of the Cabinet that approved the NSG’s formation. With public sector unions already demanding a 15% salary increase, Chabane needs to satisfy workers as well as keep an eye on the government’s increasingly bulging salary bill. Also complicating his job is the suspension of many officials, who continue to draw pay while not at work. This costs government millions of rands.

He has yet to demonstrate clearly his ability to handle trade unions, a worrying factor for someone in public service and administration.