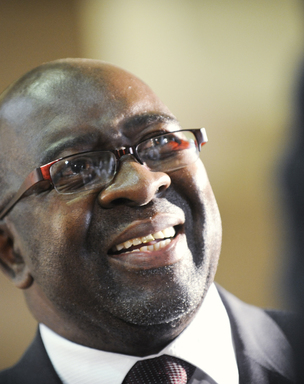 When Finance Minister Nhlanhla Nene took the helm from predecessor Pravin Gordhan, he was praised for his technocratic expertise and extensive experience as a solid former deputy minister.

The question hanging over his head (and, to be fair, one that dogged Gordhan when he started) is: Does he have the political weight to enforce prudent fiscal policy and budgetary restraint, despite his more profligate Cabinet colleagues, and extend this across local and provincial government?

The first test of his mettle was always going to be the medium-term budget policy statement. It had to be an adjustment budget that would face up to numerous headwinds.

Many say Nene passed with flying colours. Overall, his budget proposals were pragmatic and brave. The treasury adjusted its forecasts in line with weakening growth numbers and caps on government spending were extended, but expenditure on key social programmes such as health and education was maintained.

Funding the parastatals will now have to be done in a way that does not worsen the budget deficit, so nonstrategic state assets will be sold off to assist, for instance, beleaguered power utility Eskom.

This is a major change in the government’s attitude towards parastatals, and one neither Gordhan nor Trevor Manuel managed to secure.

Administrative powers in relation to ailing South African Airways have been transferred recently from the department of public enterprises to the national treasury.

Government posts have been frozen and Nene only budgeted for inflation-linked wage hikes. He has even mooted what could amount to the first significant tax increases since the advent of democracy, another difficult sell to Cabinet.

But the real test for Nene will be in the implementation of these proposals and he will need to stare down public-sector unions during wage negotiations.

Meanwhile, convincing local and provincial government to implement spending cuts and freeze posts ahead of local government elections in 2016 seems nigh impossible.

The widely welcomed adjustment budget was not enough to convince ratings agency Moody’s to hold off on a credit ratings downgrade. It knocked South Africa’s rating down a peg in November but the other two ratings agencies, Fitch and Standard & Poor’s, did not follow suit and cited the fiscal tightening in their decisions to affirm credit ratings.

Other matters boil in the background, notably the financing of the country’s nuclear procurement programme.

For all of the treasury’s assurances that it is not yet budgeting for nuclear power – suggesting procurement is not as advanced as reports suggest – fellow departments are blithely signing “co-operation” agreements with vendor countries, and with little transparency.

How Nene will square up to President Jacob Zuma’s ambitions to leave a nuclear legacy behind is anyone’s guess.