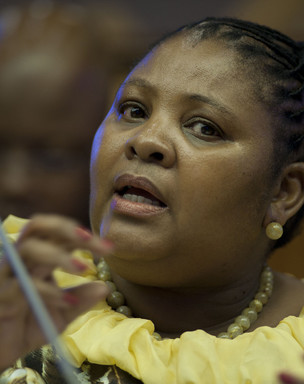 It seems defence ministers simply cannot avoid scandal about the cost of jetting the president around the globe. Much as that must have distracted Nosiviwe Mapisa-Nqakula this year – the outraged questions, the demands for audits – it is insignificant in the greater scheme of her job: keeping the country safe and helping make the most conflict-prone countries on the rest of the continent safe again.

On that scale, even her unfortunate involvement in the security cluster of ministers, who this year continued to act as human shields for President Jacob Zuma on Nkandla, does not register.

Mapisa-Nqakula failed dismally at her core job this year. The minister missed, by a ludicrous amount of time, her deadline for reporting to Parliament on veterans’ affairs, an area where much has been promised, but little done.

Her department racked up well over R1-billion in irregular expenditure by failing to get the finance department, the critical holder of the purse strings, to sign off on a pay increase for soldiers – an increase that was implemented regardless.

Her department failed to keep secret a planned spy satellite, but at the same time would not disclose details about the project because it is supposed to be secret.

If winning wars is all about logistics, and if logistics is about administration, then it is just as well Mapisa-Nqakula is not a wartime minister.

She did, however, have a key battle in which to prove her mettle: the struggle for the defence force to remain relevant or cohesive.

The 2012 Defence Review warned of the consequences should remedial action not be implemented quickly: a weakened defence force, unable to react quickly to minor threats and entirely incapable of dealing with major dangers.

In 2014, the minister again failed even to get the legislature to discuss the funding increase required to stave off that disaster.

She has yet to start the process of persuading the public to accept that the money will have to be spent, or even to rehabilitate the image of the defence force and rebrand it as key to African peacekeeping. Perhaps it is time to stand aside and let someone else tackle those mountainous challenges.