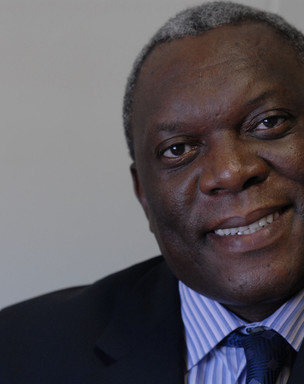 Formerly part of the security cluster, the new telecommunications and postal services minister, Siyabonga Cwele, would do well to remember that not everything is classified and he could, and should, communicate better.

Publicly, Cwele’s time in his new portfolio has been marred by an interminable postal strike during which he remained largely silent.

The disarray at the post office clearly runs far deeper than the minister could be blamed for, but his leadership in mopping up the mess will be closely watched.

To his credit, Cwele suspended the post office’s chief executive with immediate effect and then forced the board to resign.

The splitting of telecommunications and postal services from the department of communications has seen Cwele pitted against Communications Minister Faith Muthambi in a bid to lead the highly anticipated process of digital migration.

This appears to be a losing battle as Muthambi continues to play the point person despite the fact that the decision about which department will spearhead the process remains subject to a formal parliamentary procedure. Either Cwele is aware the digital migration process is a poisoned chalice or he is relying on his political capital presumably gained by employing and promoting Thuthukile Zuma, President Jacob Zuma’s 25-year-old daughter, to chief of staff with a salary of almost R1-million a year.

The divided departments have caused widespread confusion, especially as entities such as the Independent Communications Authority of South Africa now reside outside Cwele’s department even though it is vital to the regulation of the telecommunications sector.

The splitting of the departments is seen as an illogical move by many, but it does afford the parliamentary committee on telecommunications time to focus on issues other than the drama constantly unfolding at the public broadcaster.

Inevitably, delays have resulted not only in determining the direction of digital migration but also in the outcome of the information and communications technology policy review process.

Former communications minister Yunus Carrim got to grips with the issues faster and achieved a great deal in his short term in office. Seven months in, Cwele is still finding his feet.