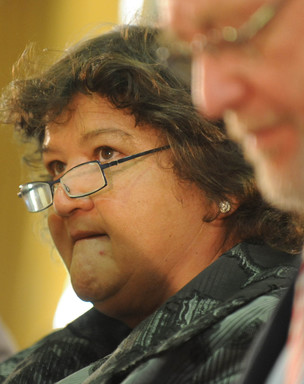 How do you judge a minister who is on her way to losing much of her portfolio, through no fault of her own?

Lynne Brown was a surprise and welcome appointment to replace her predecessor, Malusi Gigaba, whose inclination was to use the parastatal sector as a giant empowerment playground, no matter what damage was caused to its core functioning.

In her budget speech in July, she pledged that state-owned companies would deliver “quality, affordable and accessible services”. She promised a practical no-nonsense approach that encouraged boards to govern and managers to manage.

She inherited a portfolio in crisis, mainly because of years of political interference and mismanagement at Eskom and SAA.

It seems Gigaba lost his job at least partly because President Jacob Zuma finally realised the gravity of the situation, and that this might give Brown room to manoeuvre.

But subsequent events suggest it was not Gigaba’s competence that was of primary concern but his conflict with one of the president’s special friends, SAA chair Dudu Myeni.

Brown took on Myeni over the future of SAA chief executive Monwabisi Kalawe (whom Myeni wanted out) and lost – not only the battle, but the enterprise, which was ripped from her supervision and placed under the more politically accommodating guidance of the minister of finance.

Eskom is little better. The president is not letting a crisis go to waste and is using the chaos at Eskom to begin moving some key functions, such as the management of its fuel purchases, into institutions that fall under the control of ultra-pliable Energy Minister Tina Joemat-Pettersson. More moves like this are likely.

At one point in her short tenure, Brown is said to have confided that she was not sure for how long she would keep her position.

Ever the chess-master, Zuma has opted to leave her at her desk, but to take much of her job away.

Brown – and the ANC – has succeeded in removing some of the president’s other special friends or their representatives from the parastatal boards, but at the cost of packing them largely with nonentities, who will draw their fees while the real battles go on elsewhere.