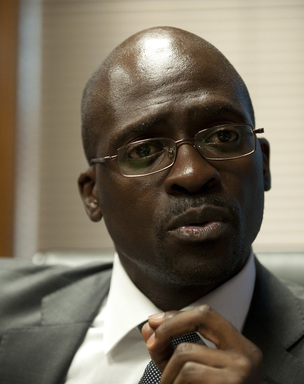 Malusi Gigaba has his work cut out for him. He inherited the ill-conceived Immigration Act from his predecessor, the department’s finances are a mess with a disclaimer for 2013-2014 and a number of particularly ambitious new targets have been set, all of which he is responsible for.

Gigaba’s administration must reduce the department’s vacancy rate to 10% by March 2015, speedily deal with allegations of corruption and meet further targets for the National Identity System, which includes the move to smart ID cards and an integrated IT database for all biometric information.

He has a reputation for being an energetic minister, albeit one who errs on the side of micromanaging. He looks willing to deal with a moribund top management, but has a capable deputy in Fatima Chohan.

All organisations the Mail & Guardian spoke to that work closely with the department, including the opposition Democratic Alliance and immigration rights groups, have praised Gigaba’s energy and openness. Instead of reacting defensively to a damning report by the South African Human Rights Commission into the Lindela Repatriation Centre, Gigaba offered the organisation office space at the centre to monitor whether his department achieves the targets the commission has set.

He allayed panic about tougher new immigration laws by extending the special permit for about 250 000 Zimbabweans in the country until 2017 and brought in the services of VSF Global to ensure the application process is far more efficient than it has been in the past.

But Gigaba, a former deputy minister in the same portfolio, must be careful not to overreach. Always eager to make his mark, he likes to send out decisive signals. His budget vote speech barely a month into the job noted that he “intended ending” the department’s perennial bugbear – late registration of births – by instituting an appeal and adjudication process.

The announcement was vintage Gigaba: designed to impress, but did not take into sufficient account the logistical and bureaucratic nightmare the decision may precipitate. A popular figure in the ruling (but divided) ANC, Gigaba is adept at using his ministry positions as a platform to prove his ability and further enhance his political support.

This works well when it is in the department’s interest, but less so when it can ill afford it. He must be careful that his political interests do not trip up his ability to govern.