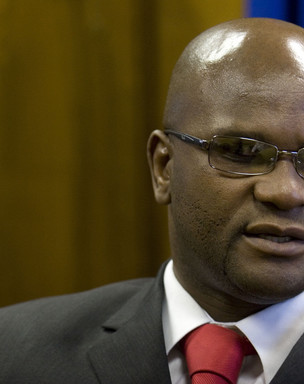 Like the 1966 spaghetti western, Arts and Culture Minister Nathi Mthethwa has brought to his newish portfolio the good, the bad and the ugly.

The ugly: his arrival in his post was greeted with outrage by the arts community, largely because of his previous job as police minister during the Marikana massacre. It will continue to hang over him until at least March next year, when retired judge and chair of the Marikana Commission of Inquiry Ian Farlam delivers his report.

The bad: stepping into the Generations soapie fiasco was ill-advised. Mthethwa would have done better staying on the outside and proposing a review of workplace policy for the arts in general.

His ambiguity with regard to freedom of creative expression and the apparent genuflection to “respect for leaders” suggest he is unlikely to be an ally of the arts or artists.

The good: the cynical view is that he hasn’t been there long enough to mess up anything yet. But the parliamentary portfolio committee, new like him, is impressed with the speed at which he is learning about his new portfolio – and that he already understands the complexity of the department. The opposition, however, is concerned that he is seldom in Parliament.

Mthethwa suspended director general Sibusiso Xaba after a qualified audit report of the 2013-2014 financial year. But wasn’t it a political purge of most senior officials in the department brought in by the previous minister?

A recently announced forensic audit will inspire hope if the auditors can conduct it without political interference and be able to institute prosecutions where necessary.

Mthethwa has appointed the highly regarded Vuyo Jack as acting director general. It will require that the minister trusts and supports Jack to drive positive change.

About 80% of the department’s budget goes to 27 entities, ranging from theatres and museums to the language board. As their political head, one of the minister’s major challenges will be to make sure they spend their money wisely.

In his first seven months at the helm, Mthethwa has increased his visibility by “officiating” at arts events and holding consultative meetings with various sectors of the creative industries.

Arts practitioners say that, given criticism about the lack of consultation on the revised white paper, the minister should hold discussions with the sector to hear its views and allow it to respond to the policy. Crucially, this will help build a relationship with the sector.