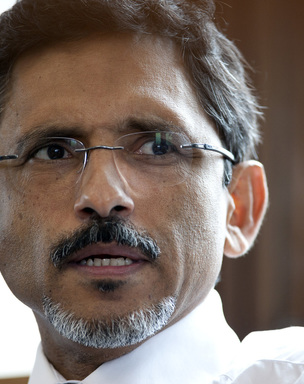 Its primary function is to play a co-ordinating role in economic policy and planning to eradicate bottlenecks in the implementation of programmes.

This year, the minister and his department expended a great deal of effort in communicating its mandate in the hope of eradicating the confusion around its purpose. This has had limited success.

The ultimate aim is to fast-track delivery and create jobs in doing so, such as in the run-up to the Fifa World Cup in 2010. It’s certainly a nice idea.

What Patel continues to struggle with is that government departments are designed to function autonomously and are not receptive to other departments telling them what to do.

Such a task almost requires omnipresence and Patel’s downfall is his propensity for getting lost in the details and micromanaging at a basic level. He frustrates himself and his staff.

Since its inception, the department has been plagued by a high staff turnover and vacancy rate. It may be that some employees are unwilling to rise to Patel’s high standards, but others push back against what they interpret as a repressive management style.

The commission administers the state’s ambitious infrastructure build, which remains one of the key challenges to South Africa’s economic growth. The ministry heralds the commission as a success, but the real outcome of Patel’s work here can only be assessed sometime in the future, given the long-term nature of such projects.

As a result of the Infrastructure Development Act Patel pushed into law, megaprojects are now to be accelerated, which only serves to ruffle the private sector’s feathers.

It is not clear if trust has been rebuilt between the government and the private sector since the Competition Commission uncovered collusion and price-fixing in the construction industry, which cost the economy dearly.

Institutions under Patel, such as the Industrial Development Corporation and the Competition Commission and Tribunal, have continued to function well – as they did long before he arrived on the scene.

As a result of his perplexing mandate, his achievements are difficult to measure and it’s hard to know whether he can be held responsible for the state departments’ inability to co-ordinate activities.

Although jobs are being created, they are unable to catch up with a growing unemployment rate, which is as high as 35% if discouraged work seekers are counted. Development targets, however, are also subject to economic conditions, which have, to say the least, been challenging.