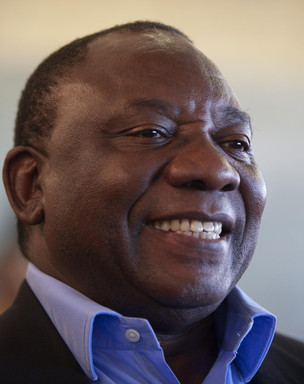 After a two-decade wait, Cyril Ramaphosa will find the deputy president’s position frustrating for two reasons.

First, the Constitution does not give the deputy real power. He is at the mercy of his boss, the president. Second, the past three presidents did not get along with their deputies.

But a presidential aide said there was chemistry between Ramaphosa and President Jacob Zuma.

Ramaphosa, in his first month in office, was given the latitude to chair the party’s national executive committee lekgotla, which sets policy direction for the government.

This was by accident because the president had fallen ill.

Also by chance, Ramaphosa – as leader of government business – stepped in as a bridge between hostile opposition parties and the elusive Zuma.

He seemed to have temporarily defused a tense situation even though opposition parties initially felt he was a pathetic interlocutor. He refused to meet the opposition parties, they charged, leaving a vacuum after his boss ran away from Parliament.

With the president and speaker of the National Assembly Baleka Mbete under siege, Ramaphosa finally emerged as the peacemaker.

He also extinguishes fires on the continent, from Sudan to Lesotho.

As a master mediator and a newcomer to the continental geopolitical and factional dynamics, he is seen as an objective facilitator, according to a foreign policy observer.

On domestic policy, one of his aides described him as an “extremely hands-on manager, driven and impatient” with the slow pace of change in meeting voters’ needs.

He is said to be brusque with incompetent councillors. But bashing councillors will not necessarily speed up change. He will have to inculcate the culture of accountability and efficiency from the top, including from his boss.

But Ramaphosa’s political influence is constrained by internal party dynamics and constitutional limitations. He defers to Zuma, according to one of his Cabinet colleagues. This is crippling his ability to lead and manage effectively. He is unable to confront Zuma’s incompetent chums in Cabinet.

But an aide claims that the deputy president holds the executive to account by naming and shaming ministers, during Cabinet meetings, who fail to answer questions from opposition MPs.

Other than chairing advisory councils, Zuma has also assigned Ramaphosa a controversial responsibility that could either bolster or crush the president’s domestic policy legacy: finding money for struggling parastatals such as SAA, Eskom and the South African Post Office.

Ramaphosa knows how to make money, but finding money for these dysfunctional institutions could prove impossible, and ultimately blemish his credibility.

His credibility has already been tested by his wealth burden, especially his involvement in the controversial mining outfit Lonmin.

The Economic Freedom Fighters has unsuccessfully tried to use the Marikana massacre against him in an attempt to show that he should not be trusted with the country.