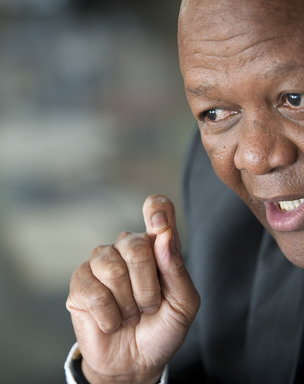 Jeff Radebe’s redeployment from the justice department came as a surprise to some observers, given his poor performance. But there are some within the ANC and government who believe he is more than capable.

Some in the presidency say he is clearly out of his depth and appears at sea with the challenging task of monitoring the performance of national and provincial departments as well as municipalities across the country.

His detractors say Radebe is playing at being a de facto government spokesperson on issues not related to his ministerial position, such as his role in ensuring the return of the bodies of those killed when a building belonging to prophet TB Joshua’s Synagogue Church of All Nations collapsed in Lagos, Nigeria.

The Mail & Guardian reported that the only way he could make this happen was to ensure that an arms sale worth millions, which South Africa had blocked, would proceed. The government has denied there was any bartering with Nigeria during the repatriation process.

Opposition parties in Parliament criticised Radebe earlier this year after he failed to inform the portfolio committee about his plans ahead of his budget vote speech.

Those sympathetic to him say the fact that he did not waste any time before releasing the medium-term strategic framework for 2014-2019 indicated he was committed to the job. Although his predecessor, Collins Chabane, laid a solid foundation for the department, much more needs to be done to strengthen the government’s role of monitoring and evaluation.

There is not yet an effective measure of outcomes and effects and some departments do not yet have the necessary information management systems in place. The auditor general has highlighted the systemic problems of supply chain management in municipalities.