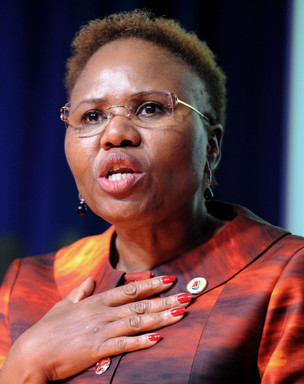 That government needed a much better focus on small business, and someone with the drive to champion this cause, has never been in doubt. The programmes and agencies tasked with promoting the sector were scattered across the department of trade and industry and the economic development department, yielding mixed results. What remains unclear is whether the creation of a new ministry and department was the best way to go about addressing this need, given the risk of duplicating already ailing government functions.

In addition, a multitude of legislative and regulatory frameworks, ranging from labour to tax laws, affect small businesses and co-operatives. Lobbying for legislative changes that benefit small businesses, but are the purview of other departments, was never going to be easy.

The difficulty and cost for small businesses in complying with labour regulations, for instance, has been a hotly debated topic and largely ignored by the labour department. It was an issue Zulu showed willingness to address when she was appointed. She was, however, instantaneously slapped down by trade union federation Cosatu, which said she had no mandate to suggest this.

There is also a marked tension over where the government should direct its efforts in supporting small businesses.

Critics have queried the apparent emphasis it places on small survivalist enterprises – such as hawkers – over aiding dynamic, competitive small companies with real potential to grow and create jobs.

Both issues are important but require different policy responses. Zulu’s famed tenacity and forthrightness have not been enough to secure her department significant financing. Instead, in the October adjustment budget, the small business development department remained a line item under the department of trade and industry. It was allocated R33.7-million, barely more than half the budget it requested.

Reports of a turf war between her department and the departments of trade and industry and economic development over relinquishing small, medium and micro enterprises development programmes and agencies have not helped.

To her credit, Zulu has identified areas in which she can make inroads, notably in the public procurement space. She revealed in Parliament that she had succeeded in getting the government to pay R400-million in outstanding debts owed to small, medium and micro enterprises.

Her proponents have commended her ability to transfer functions and staff into her portfolio and construct it around a coherent vision and broader mandate. They are emphatic, however, that Zulu needs financial muscle and cannot be treated as an “appendix of the department of trade and industry” if she is to succeed.