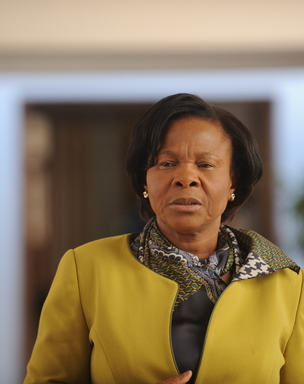 The new minister of women, Susan Shabangu, had barely been in office six months when she caused her first furore.

As head of a ministry with little power other than to talk to other departments and promote gender parity, Shabangu’s authority is admittedly limited. But, after months of being barely visible, Shabangu announced plans for the annual 16 Days of Activism for No Violence against Women and Children in November by nodding along to comments by two traditional leaders that women should be “submissive” to their husbands.

She also appears to have angered the NGO community by calling men the protectors of women and society at the same event in Ekurhuleni.

Furthermore, we know very little about Shabangu’s mandate as her ministry was relieved of its other two areas, children and people with disabilities, when it was moved into the presidency by President Jacob Zuma earlier this year.

The department’s strategic plan will only be presented to the portfolio committee on women in early 2015. Addressing the committee in August, Shabangu said her ministry was “in transition” and that it was committed to working with men and helping them understand the “importance” of women in society.

Many in the NGO sector are unclear about the minister’s plans. Sonke Gender Justice says an update on the National Council on Gender-Based Violence and the national strategy on gender-based violence is critical for assessing the ministry’s objectives.

Gender Links recently warned that the 16 days of activism campaign would be meaningless without a strong campaign to drive home the impact that rape, as a form of “torture”, has on women. A report by the United Nations Economic Commission on Africa recently highlighted the vast challenges Shabangu faces. Yet so far Shabangu, both publicly and in Parliament, has yet to talk about her plans to address the issues raised by the report, which notes that women continue to be trapped in cycles of inequality and a lack of access to resources as a result of pervasive patriarchy.

And violence against women continues to plague the country, while domestic violence is “tolerated”, according to the report. There is little aggregated data that measures the implementation of policy and laws. Although there are more women in the country than men, more women live below the poverty line. As a signatory to the 1995 Beijing Declaration of Action, South Africa has commitments it has to meet to address gender issues.

But a 2010 report by the Council for Gender Equality (CGE) on South Africa’s progress on meeting these goals said that, while progress has been made, South Africa has yet to reach its commitment of 50/50 representation in Parliament. Shabangu’s adviser, Advocate Joyce Maluleke, previously said the CGE, a key body in addressing gender parity, is under review.

The CGE has asked to remain within Shabangu’s ministry but there is still a possibility it could be moved to the department of social development. A member of the portfolio committee, Denise Robinson of the Democratic Alliance, cautioned against the department becoming an exercise in “ticking of boxes and issuing of reports”, and that it needed to make a real difference to peoples’ lives.

At a parliamentary briefing on October 14 this year, the department of women indicated that a big part of its plan involves talking to other departments about gender parity.

Under Shabangu, it wants to develop a “gender budgeting tool” to help government departments budget for the “empowerment” of women. But no one seems to know how this tool will operate.