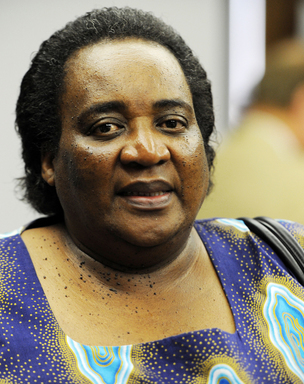 Labour Minister Mildred Oliphant is credited with improving financial management, but her singular failure has been to fix the Compensation Fund.

For the second consecutive year, the fund has received an audit disclaimer after the auditor general was unable to issue an opinion because the quality of the financial statements was poor. This follows four years of qualified audits.

Democratic Alliance labour spokesperson Michael Bagraim says the auditor general’s finding confirmed that the fund is in a state of chaos. “The situation is currently so problematic that the fund cannot reconcile its revenue and debtors. Furthermore, the entity does not have a process in place to ensure that employers are properly registered with the fund,” said Bagraim.

Until Oliphant puts all her energy into cleaning up the fund, her performance in other areas will continue to be overshadowed.

On a positive note, Oliphant has been applauded for her continued efforts in improving the life of vulnerable employees such as domestic workers and farm workers.

Her decision to increase the Unemployment Insurance Fund benefit for maternity leave has earned her respect, particularly from the labour movement.

She has been credited for having successfully pushed for the amendments to the Basic Conditions of Employment Act, Employment Equity Act, Labour Relations Act and the promulgation of the Employment Services Bill.

The latter will make the labour department responsible for providing public employment services free of charge to jobless South Africans and matching job seekers with employment opportunities in the private sector.