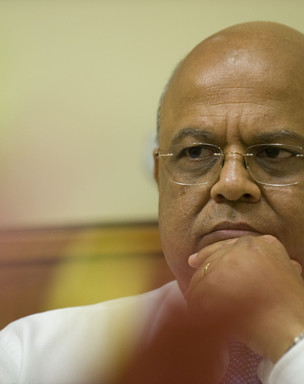 Pravin Gordhan is one of the bravest politicians in the business. He did not flinch when he took over from the wildly popular Trevor Manuel as finance minister in 2009, with nothing but trouble on the global financial horizon. Then he failed to run for the hills when offered the co-operative governance and traditional affairs ministry, a chalice as poisoned as they come, in May.

Sadly, bravery alone will not be enough to fix that portfolio, not even when coupled with the kind of political capital Gordhan seems to have amassed. And although there is reason for optimism after his first seven months in the job, he has yet to get the job done.

In the clearest example of promise that has yet to see action, Gordhan has made all the right noises about ridding municipalities of incapable or incompetent managers – but has yet to prove that he can force such managers out or even convince provinces (and provincial ANC structures) to try.

Similarly, Gordhan has promised that his department will monitor directly complaints from citizens about basic service delivery in their cities and towns, but has so far not shown that he has the actual power to intervene in a way that’s more meaningful than keeping statistics.

On the traditional affairs side, Gordhan, like his predecessors Lechesa Tsenoli and Richard Baloyi, has to deal with a president keen to give traditional leaders the illusion of limited sovereignty within their territories – but not so keen on the legal and social consequences of giving them such control.

If Gordhan has a better plan for dealing with that untenably tall order than Tsenoli or Baloyi, then he has done a great job of keeping it a secret.

For making the right noises and starting to right the administrative ship in his department, Gordhan earns himself a C for 2014.

But in the language of his previous job, that symbol comes with a downgrade watch.