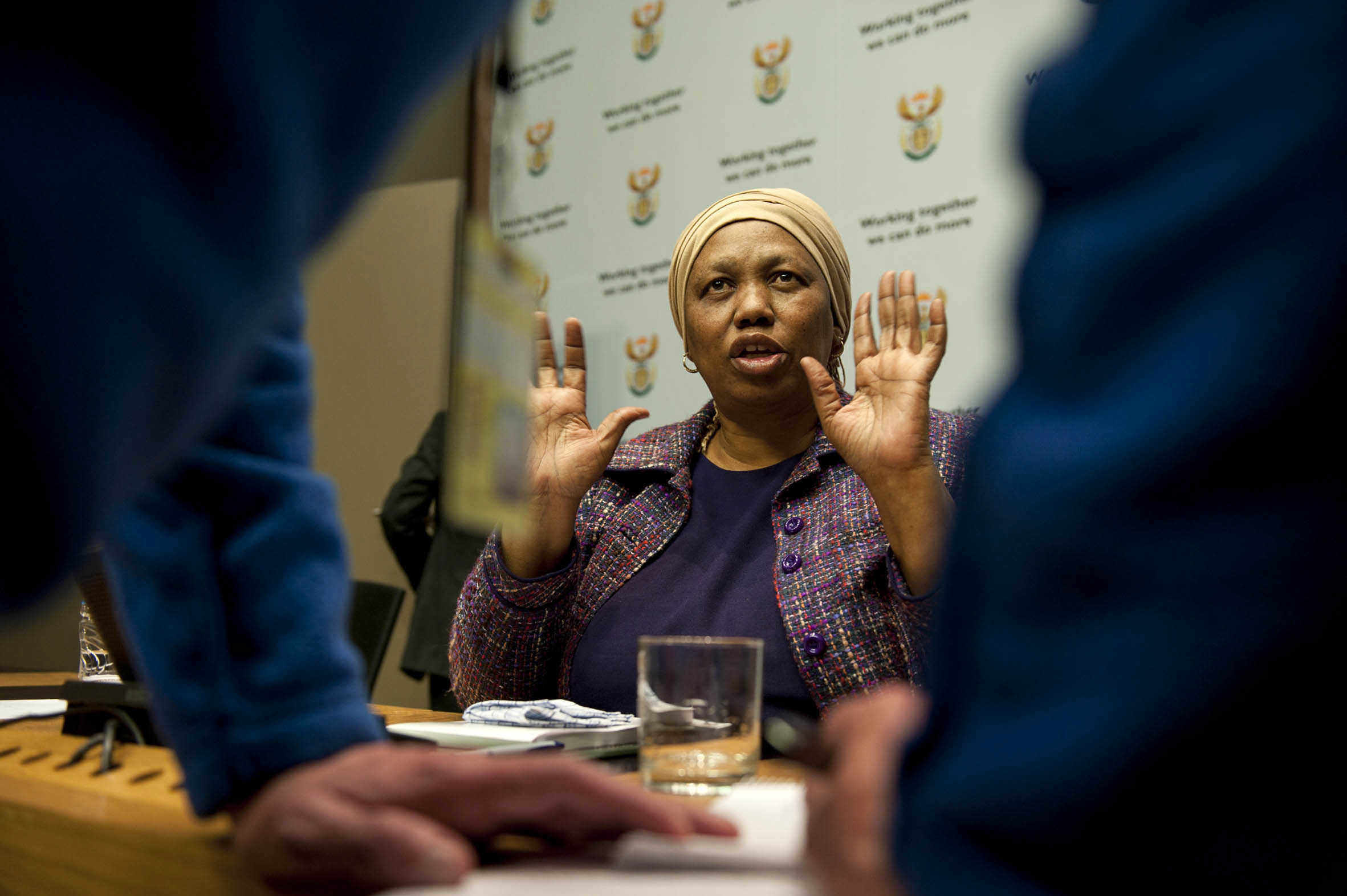 Angie Motshekga has served two terms as the minister of basic education and she believes the sector is ready to embrace someone with fresh ideas.

Motshekga has had a love-hate relationship with the public as a leader of one of the most important departments in the country. On numerous occasions her leadership and competence have come under the spotlight and some have called for her resignation when things have gone wrong. The basic education portfolio is one that has never been immune to criticism, perhaps because education is such an emotive subject.

In a conversation with the Mail & Guardian, Motshekga acknowledges that, because of the trust deficit between government and citizens, it’s understandable that she and her department have been at the receiving end of the public outcry about problems in the sector.

Motshekga says she has had to take the fall even for things that are outside her competency to avoid being seen as though she is running away from being held accountable.

Criticism for the late delivery of textbooks, the poor matric pass rate, violence in schools, curriculum change — Motshekga has been through it all.

But it is with regard to school infrastructure that Motshekga admits that she could have done things better.

The death of six-year-old Michael Komape in 2014 caused by drowning in a pit latrine at Mehlodumela Primary School near Polokwane, Limpopo, caused an outcry. Public outrage was exacerbated last year by the civil lawsuit brought by advocacy group Section 27 on behalf of the Komape family against the national and Limpopo departments of basic education, demanding that the state pays damages to the family. The court dismissed the family’s claim of about R2-million for emotional shock and grief, but ordered that both departments supply and install sufficient and suitable toilets for children at all rural schools in the province.

“Twenty-five years later I really do not understand why we still have schools without toilets, but unfortunately there is nothing I can do because I do not have the budget for school maintenance, it’s provincial work,” she says.

It is in this distancing herself and allowing provinces to do their own thing that Motshekga admits she has been complacent. She has taken steps to ensure that processes are in place for whoever comes after her to assist provinces to deliver on their mandate to provide adequate infrastructure at schools.

“With infrastructure I think I delayed in acting in some of the basic, basic things and we are only doing it now at the end of my term. It used to bother me and I would say: ‘Aag, we are doing Asidi and provinces will sort themselves out because it’s their competence and not ours.”

Asidi, the Accelerated Schools Infrastructure Development Initiative, is a national programme that aims to eradicate inadequate school buildings such as those built of mud.

Motshekga says the department has only now started working on a policy to assess basic school infrastructure. This national system will have data about exactly what each school needs, where schools need to be built, what kind of schools, which schools need how many toilets, right down to details about which schools need repainting.

“Now government keeps on pouring money into infrastructure and I don’t think we made enough progress because we didn’t create a proper data [bank]. There is no system that tells me there is a school, this school has 53 learners and doesn’t have a toilet because we don’t have a register. So half the time you throw money [at the problems], but you really don’t know how much are you impacting.”

Insufficient information and inadequate processes result in poor decisions such as the building of multimillion-rand, state-of-the-art schools that will be empty in five years.

“With the Asidi schools there won’t be learners. There is going to be a block of classrooms without learners because young people from rural areas are not going back to the rural areas. They go to urban areas where their children go to school. So, with a proper system you’re going to have a map of the country and say we are going to remove mud schools, but we are going to have these kinds of schools. You would not build the same school that you are building in Soweto in an area where you are multigrading,” Motshekga says.

“We are not building for the current situation we found ourselves in. The current situation is there is rapid urbanisation, there is a loss of people in rural areas. So let’s build structures for the environment, but also make sure that those kids in those areas benefit maximally … I was complaining to my officials to say ‘how do you make us build a school for R16-million when there are 100 kids? It’s a lot of money’, and that community is not going to grow with the urban migration patterns.”

But, overall, Motshekga believes that, despite the difficulties, she has had a good 10-year stint in the department. Whoever comes after her must take the baton and run with it.