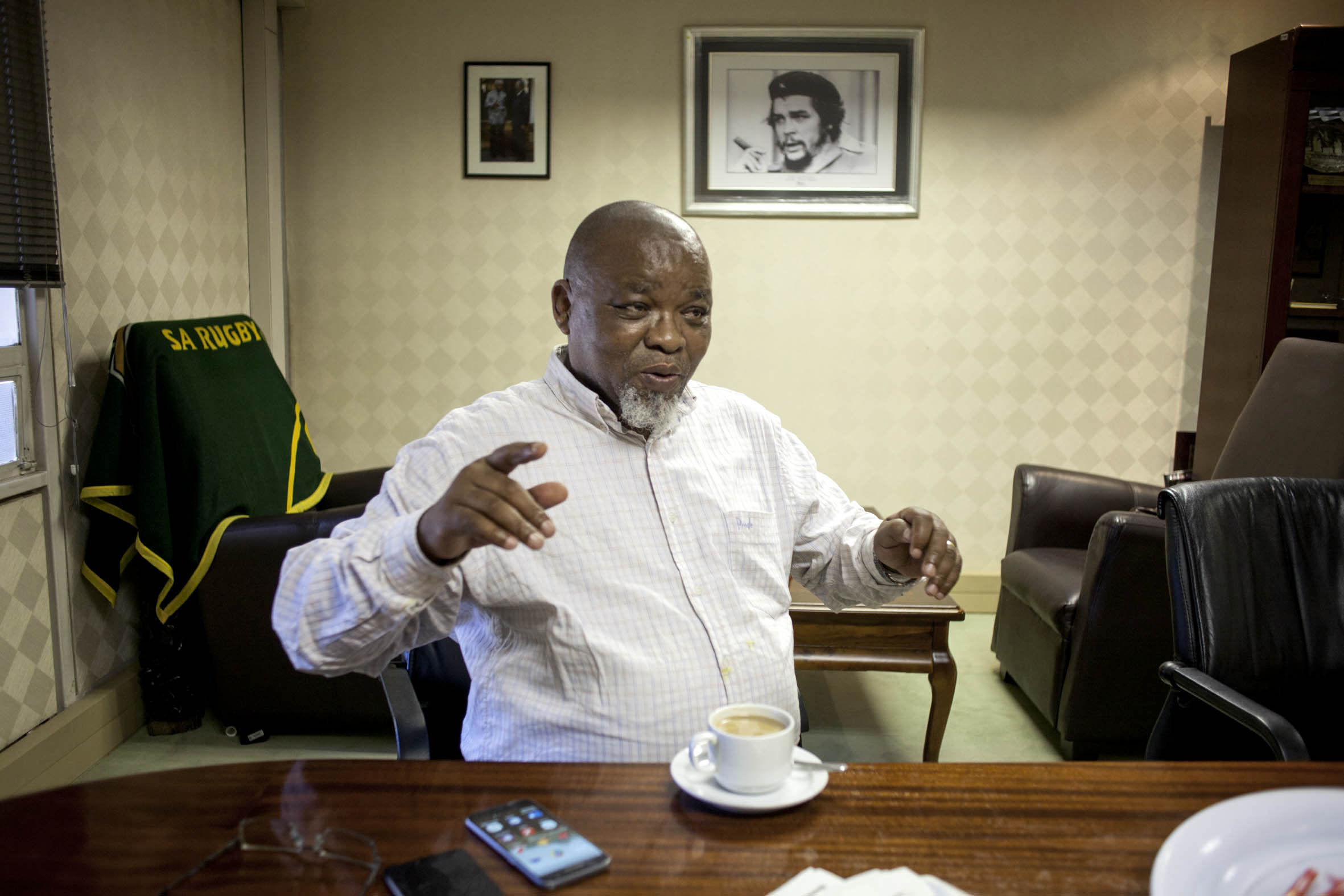 With his background as a miner and migrant labourer, there was a certain expectation that Gwede Mantashe would take up his new position with gusto.

Since his appointment to the “theatre of state capture”, it has become clear Mantashe has his work cut out for him. Judging from testimony delivered before the Zondo commission of inquiry by former mineral resources minister Ngoako Ramatlhodi, Mantashe’s predecessor — Mosebenzi Zwane — had turned the already tumultuous department into a den of corruption and mismanagement.

The department has closed two of its regional offices and started two internal investigations into functions such as mining licences and mine rehabilitation processes.

In September, Mantashe released a “mining charter of compromises” after seven months of “intensive engagements with stakeholders in the industry”.

Mantashe was tasked with reigniting negotiations for a third mining charter earlier in 2018 after Zwane caused a major rift between the industry and government. Zwane had published a new mining charter in June last year, which in part contributed to mining shares losing more than R50-billion in value in the following weeks.

In late November, the Xolobeni community in the Eastern Cape scored a significant victory when the high court in Pretoria ruled that the minister, in terms of the Interim Protection of Informal Land Rights Act, may not grant mining rights without the consent of the community and the people directly affected by that mining right.

Mantashe would go on to say: “With the attitude towards mining in South Africa, within the next 20 to 30 years mining will be banned in this country. You see the pressures from everybody else where mining is treated as a curse rather than a blessing. It is not treated as a wealth. It is treated more from the negative as a polluter. This is a deprivation that worries me a great deal. We should be just forced to mine responsibly.”

A month later, the Amadiba Crisis Committee said that, by appealing the high court’s decision, Mantashe does not respect the right it and other communities have to make decisions about their own land and they do not want him to visit them again.

He has inherited one of the worst portfolios in the country, but there is vast room for improvement.