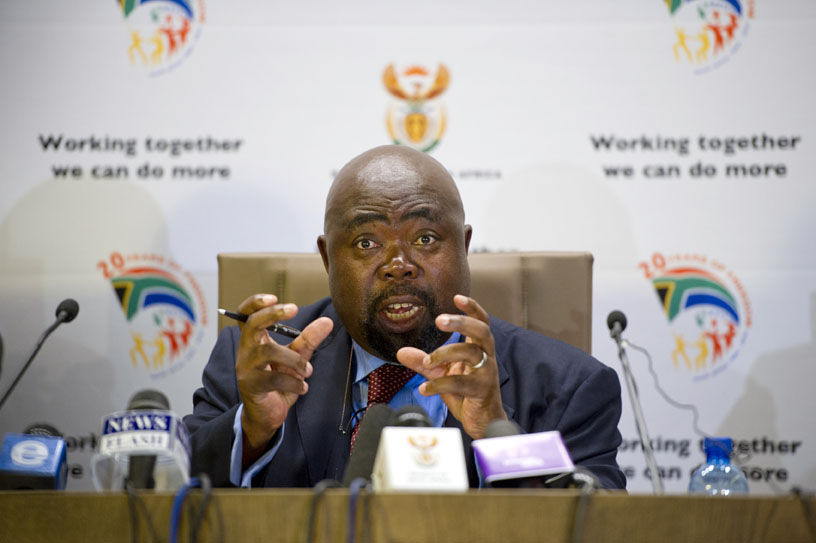 This year President Cyril Ramaphosa restored Thulas Nxesi to the helm of public works, a position he held for three years until he was moved in 2017 by then-president Jacob Zuma to the department of sport and recreation.

Though Nxesi’s first stint at public works was marred by controversy when he was accused of lying about the renovations to Zuma’s home, Nkandla, the minister has survived the year while staying relatively under the radar.

The most public fight Nxesi became embroiled in was with Parliament’s standing committee on public accounts, after it instigated an investigation into possible corruption and fraud at the department. The investigation was declared irregular, but Nxesi didn’t let the matter go without some choice words for his detractors, calling them part of “the fight-back by the corrupt syndicates” in public works.

Nxesi has become a self-styled corruption buster in the department, initiating two investigations shortly after his reappointment: one into emergency day-to-day maintenance and another into the high number of appointments in the department since the end of 2017.

In his effort to clean up public works, Nxesi also asked Ramaphosa to sack director general Sam Vukela — rather ironically warning that keeping Vukela in the post could “return the department to the days of the Nkandla scandal”.

But department infighting could prevent Nxesi from realising his turnaround strategy.

The department turned to the courts to recover about R1.2-billion linked to lease agreements. In July, it was found that more than 2 000 employees had conflicts of interest. In September, people tried to set fire to the Civitas Building in Pretoria, which houses the department of health. Nxesi said the building was not a death trap, as had been alleged. This followed the fire in the Bank of Lisbon building, which housed two government departments and claimed the lives of three firefighters. In October, the department initiated its green building policy to cut carbon emissions. In the same month the department was grilled by the standing committee on public accounts about low rentals charged to directors general for accommodation in Cape Town. Nxesi also said the purchase prices paid for and expenditure on ministerial homes needed to be reviewed.

The expanded public works programme (EPWP) has been a problem, a fact laid bare in the department’s annual report. Poor reporting structures have made the programme almost impossible to keep track of and the auditor general found that, though 99% of the EPWP budget was spent in the 2017-2018 financial year, its targets were not achieved.