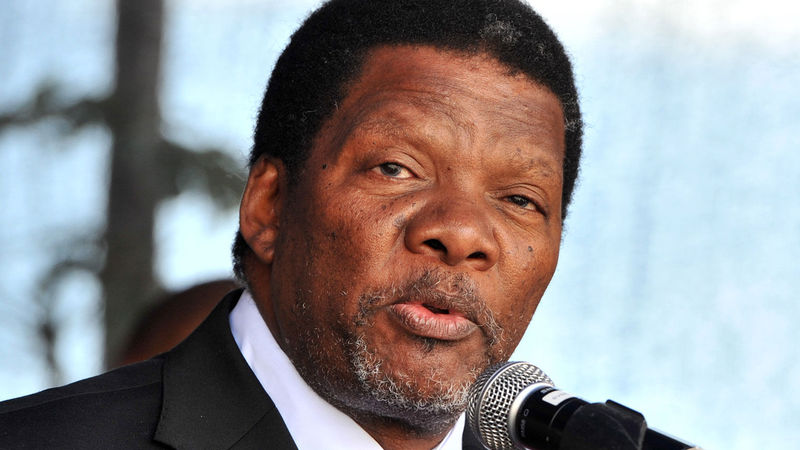 The department is in an F state, but Nkwinti deserves a C for trying hard to turn things around.

Raw sewage is flowing into rivers. The army has been deployed, during peacetime, to fix this crisis. Children are dying because they fall into pit ­toilets. Up to 20-million people don’t have clean water. The special investigating unit has water officials in its sights and is laying criminal charges. There are about 900 vacancies in the department.

By any measure, the water and sanitation department has failed to do its job. Catastrophically so. In the past financial year, it couldn’t account properly for about half of its R17-billion budget.

Little of this can be blamed on its new minister, Gugile Nkwinti. He inherited what he told Parliament was “a mess”. Water affairs has had a decade of mismanagement and qualified audits. Nkwinti’s predecessor, Nomvula Mokonyane, interfered in tenders and left a department without long-term planning. Under her tenure, a system of looting and patronage in the water sector was perfected.

This started at a municipal level, where officials would steal the budget for operating and maintaining water and sewerage plants. These systems soon fell apart. Raw sewage began to flow into rivers. People began to protest. National government then declared an emergency and intervened, bypassing standard procurement processes. Tenders went to companies that donated to the right political party. This is why, after R5-billion has been spent, people in Giyani in Limpopo still don’t have clean water.

Money spent and little done became the norm. The auditor general found R4-billion in irregular expenditure by the department in the past financial year. Water affairs owes contractors nearly R1-billion, and has exhausted its overdraft of R2.6-billion at the Reserve Bank. The department’s business model also doesn’t work. The people it sells water to owe it R10-billion. Nkwinti has had to start a new ­mantra: “Doing more with less.”

Few people in the water sector think Nkwinti can turn the situation around. Too much is broken, and the department has what is described as a culture of corruption.

Nkwinti has spoken about this, saying that so many people in his department, from the director ­general to financial managers and all the way down, are being investigated.

But many employees are running away from justice by resigning. Unions are also hampering the process of repercussions. The minister’s first day was spent negotiating with the National Education, Health and Allied Workers’ Union after it blocked the way to his office.

These problems haven’t stopped Nkwinti from trying. First up was stopping his department from being put under administration. Then came a “five pillar turnaround strategy” to bring together all the different parts of a sprawling department — 400 entities report to the minister.

He has just about managed to stabilise the immediate crisis. Now he needs time.