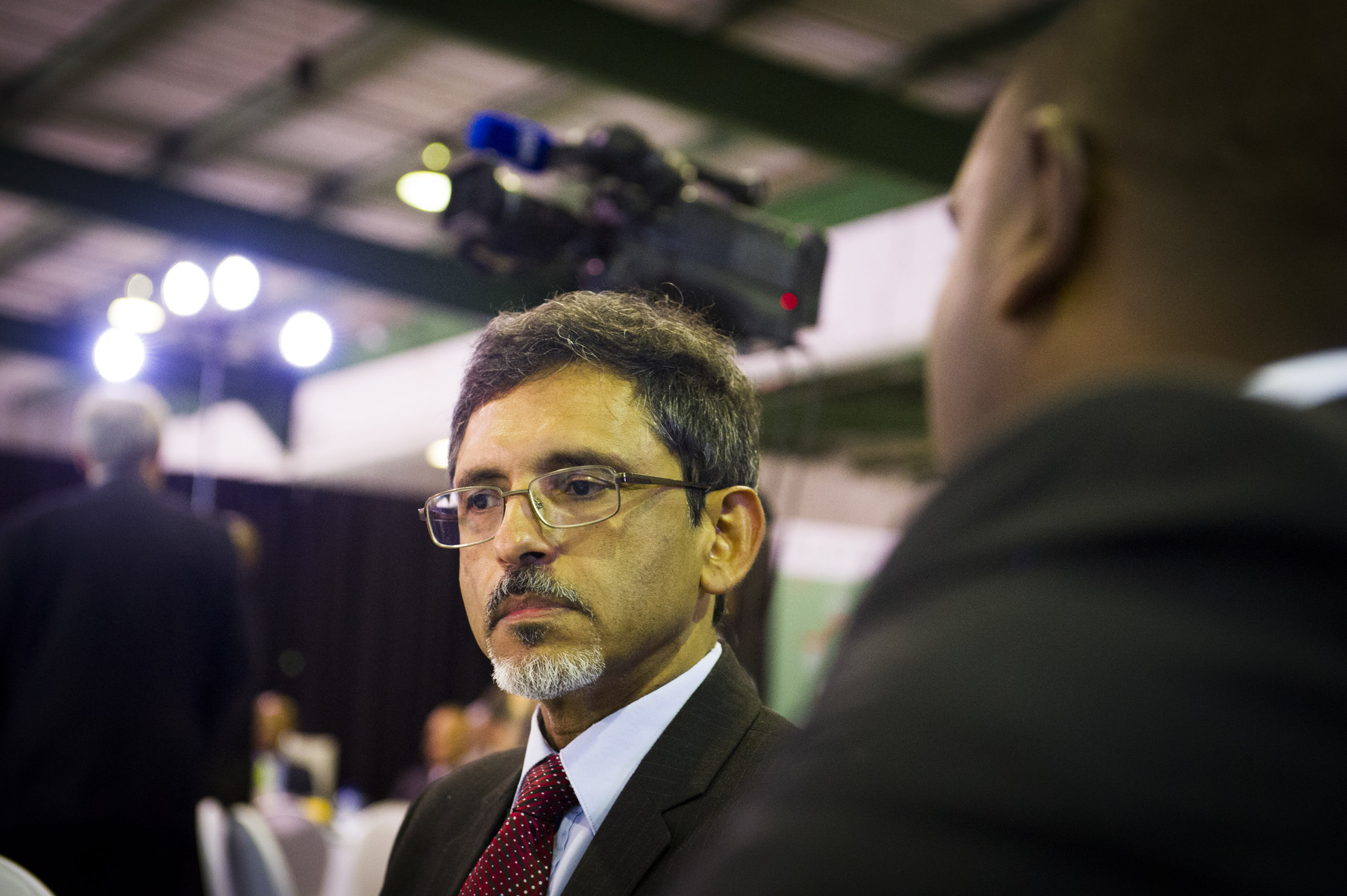 Minister of Economic Development
2018 Grade: B-
2017 Grade: B+
More On Ebrahim Patel

When Ebrahim Patel took up the mantle of the newly formed economic development department in 2009, the former union leader was an unknown quantity. Also unknown was the reason for the department’s creation, which was speculated at the time as a gesture to Jacob Zuma’s labour allies for aiding him in ousting Thabo Mbeki as president.

Despite this fault line, Patel has left his mark on the portfolio. Described as exceptionally hard-working and knowledgeable, his department’s performance and that of the entities that report to him have outshone many others in government.

Since 2012, it has consistently received unqualified audits, although these have come with findings, according to the parliamentary portfolio committee’s budget review and recommendation report. In its latest annual report, however, it succeeded in achieving a clean audit with no findings.

Patel’s perfectionism has meant he demands much from his officials. Although this may sound like a breath of fresh air to taxpayers, it has also meant the position of director general in the department has been vacant since the 2014-2015 financial year and the current acting director general is the third in a row.

The ministry’s view, however, has been that skills needed by a director general have changed as the department established itself and its mandate evolved, and the short-term contracts with acting director generals has not limited the economic development department from achieving all its key performance indicators in the last five years.

The IDC has reported a clean audit in its latest financials, although its impairment rate on loans has risen to 17%, driven largely by losses on its investment in Scaw Metals and fertilizer producer Foskor. These investments were aimed at saving jobs and retaining industrial capacity in South Africa. But both have been costly for the state and, critics say, are emblematic of why state intervention (Patel’s preference) does not always work.

But the IDC has increased the value of its funding approvals by 9% to R16.7-billion and has also saved or created almost 30 000 jobs.

Although the Competition Commission received an unqualified audit, the auditor general wrapped it over the knuckles for irregular expenditure of almost R129-million.

The commission has increased its use of a private law firm, Ndzabandzaba Attorneys (led by a former head of the cartels division), since 2015. Of a total of 44 cases referred to seven external firms, 31 went to Ndzabandzaba Attorneys, according to replies to parliamentary questions. The commission has denied any wrongdoing, and advised Patel that the pool of law firms with competition law experience are limited and often act for private clients against the commission. The minister has initiated a broader inquiry into the effectiveness of the competition authorities, which will also include the issues raised by the auditor general.

The work of the commission and that of the Competition Tribunal has nevertheless been a highlight for Patel. Since 2010, competition authorities have levied penalties or extracted financial concessions from businesses in major mergers amounting to more than R11-billion.

Patel has been involved in several mergers in the public interest.

Another key focus of his has been the passing of the Competition Amendment Bill, which aims to reduce concentration in the economy and barriers to entry for small black business. The Bill, after its introduction in the legislature earlier this year, has already made it to the president for signing.

But the breakneck pace with which it was processed has caused deep unease. Legal experts say too little time has been devoted to understanding the potential economic consequences of the Bill and there is concern about the complexity and cost of compliance. But the ministry has held that it went through extensive public engagement in the National Economic and Development Labour Council, along with the parliamentary process, and that the extent of the changes envisaged are those being contemplated in a world of growing global tech giants and rising inequality, and addresses South Africa’s challenges proportionately.

Patel was one of the first minister’s to confront state capture by, among others, pursuing the Gupta-linked Oakbay in court, over loans it received from the IDC to buy a stake in the Shiva Uranium mine.

Patel has also been among the first to attempt to quantify the costs of state capture through the work of the Presidential Infrastructure Co-ordinating Commission (PICC), with which he has been intimately involved.

With an expected restructuring of President Cyril Ramaphosa’s Cabinet after elections next year, it is not clear what the department’s future is. But the PICC is already a key element of Ramaphosa’s investment drive and it is expected, whatever the future Cabinet looks like, it may include Patel.